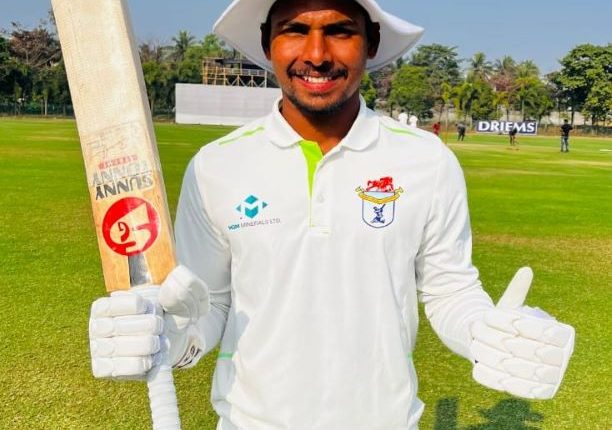 Meerut: Priyam Garg (122) and Rinku Singh (unbeaten 73) frustrated Odisha with a 161-run partnership for the fourth wicket to hand Uttar Pradesh the first-innings lead in their Ranji Trophy Elite Group A match at the Victoria Park Stadium.

Chasing Odisha’s total of 226, Uttar Pradesh reached 257/4 at close on the second day.

Priyam and Rinku thereafter took charge to push Odisha on the back foot.

Odisha folded up quickly on Wednesday morning for 226 after resuming at 222/5. Prolific opener Shantanu Mishra (109), who rescued Odisha on Day 1 with a century, and his overnight partner Abhishek Raut (43) both fell after adding just 2 runs each to their individual scores.

Shantanu, who scored an unbeaten 200 as well as three half-centuries earlier this season, will have to be on top of his game in the second innings also if Odisha hope to avoid defeat.