Rapists Should Be Jailed For Life, Not Killed: Waheeda Rehman 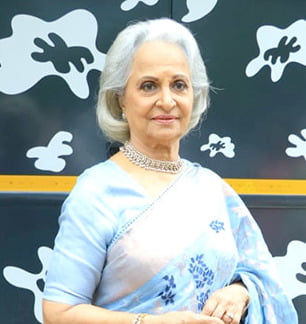 In light of the recent Telangana rape and consequent encounter of the accused, veteran actor Waheeda Rehman has termed rape as a “horrific and unforgivable crime”..She, however, opined that rapists should not be killed, but sentenced to life imprisonment.

Recently, four men accused in the rape and murder of the 26-year-old veterinary doctor in Hyderabad, were killed in a police encounter. Police claimed that two of the accused were killed in “retaliatory” firing as they tried to snatch their weapons and escape when they were taken to the crime scene.

While a section of the people has hailed the police action, others have raised concerns over extra-judicial executions.

“Horrific crimes like rapes are unforgivable. But still, I feel that it”s not in our hands to kill someone. A rapist must be imprisoned for life. Make them rot for lifetime,” said Rehman to reporters on Sunday night.

The actor also said that if a rapist is caught “red-handed”, then there shouldn’t be a case which will lead to wastage of public money.

Filmmaker Rakeysh Omprakash Mehra, who was also present at the same event as Rehman, said he didn’t see the encounter as “good news.”

“It”s a time when the entire society, keepers of law and all of us as citizens should hang our heads in shame that we have let this happen.

“In a civilised society, it (the sentence) has to be delivered by the court, and not by execution,” Mehra added.

A Special Investigation Team (SIT) has been set up by the Telangana government to probe the killing of the four accused.