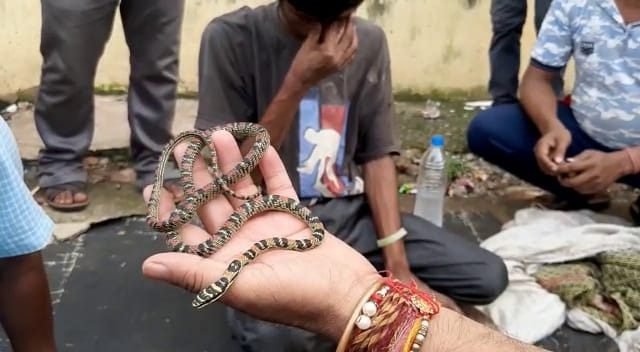 Bhubaneswar: A smuggler was arrested with a rare ornate flying snake near Bhubaneswar railway station on Tuesday.

According to police sources, locals spotted the man with a 2 feet long snake and alerted police. A police team along with Mancheswar forest range officials then rushed to the spot and apprehended the person.

The rare species, which was handed over to the forest department, was smuggled into the city from Asansol in West Bengal, the sources added.