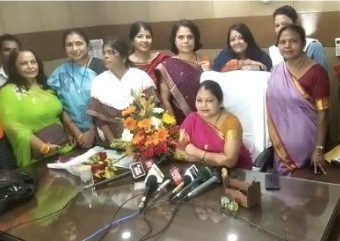 Bhubaneswar: Minati Behera, who is also the president of Biju Mahila Janata Dal, assumed office of Chairperson, State Commission for Women, on Tuesday.

After taking charge, Minati said that anyone found disrespecting women will not be spared. She condemned the ‘misogynist’ poster of Papu Pom Pom’s upcoming movie ‘Mr Kanheiya’ and urged police to take appropriate action in the matter.

She further said that complaints will be heard within 15 days and pending cases will be solved as soon as possible.