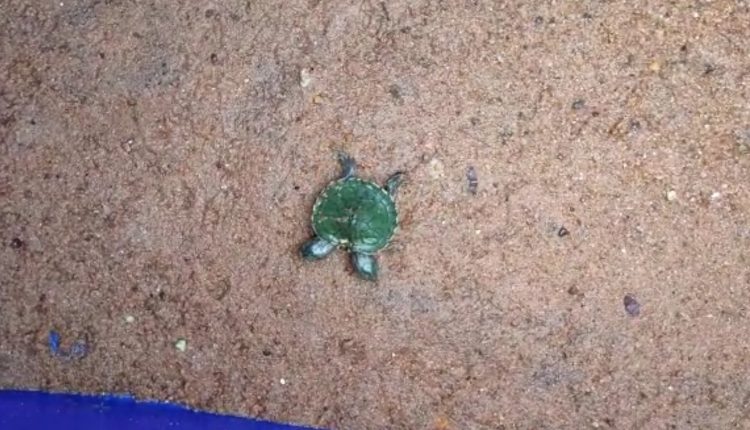 Bhubaneswar: The rare two-headed turtle that was born in Nandankanan Zoological Park on the outskirts of Bhubaneswar recently died on Monday.

A turtle in the reptile park of the zoo had laid eggs recently and two babies had hatched out of those on September 11. One of the turtle hatchlings had two heads.

According to sources, the two-headed hatchling, which was in good health on birth, was kept in the veterinary hospital of Nandankanan. But the rare turtle died on Monday, the zoo authorities informed on Tuesday. However, they could not confirm the cause of the death.

After the hatching of the two turtles, deputy director of the zoo Sanjeet Kumar said they were born to a turtle belonging to the rare red-eared slider species. The two-headed hatchling could be a case of genetic disorder and needed to be studied by experts, he added.

This was perhaps the first instance of a turtle with two heads being born in Nandankanan.