EnvironmentMalkangiri
By OB Bureau On Oct 3, 2021 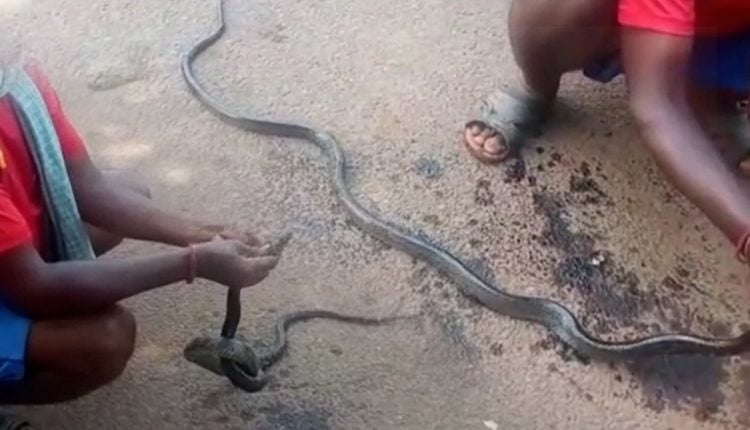 Malkangiri: A snake which got stuck in a drum of coal tar was rescued in Chitrakonda town in Malkangiri district on Sunday.

According to sources, Basu Khil informed a snake catcher in the morning that an Indian rat snake (Dhamon) had sneaked into his shop containing scrap materials at Chitrakonda bus stand.

On being informed, Madhab entered the godown and found a three-ft long snake having been stuck in a drum full of black tar. Madhab managed to take out the serpent from the drum carefully but it could not make any movement spontaneously.

Madhav is reported to have sprinkled kerosene on the snake before washing its skin thoroughly. Then he fed some water to the rat snake before freeing it in a nearby jungle.

Madhav also drew accolades from green activists for his humanitarian and eco-friendly gesture.