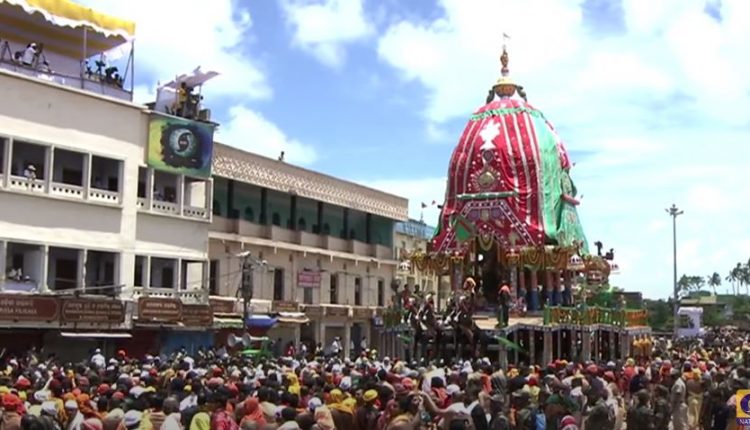 Puri: The annual sojourn of the sibling deities of Jagannath Temple in Puri began at 12.15 pm, almost three hours ahead of schedule with the sevayats pulling the Taladhwaja chariot of Lord Balabhadra on Bada Danda.

Rath Yatra is being held with the participation of devotees for the second consecutive year in view of the COVID pandemic. 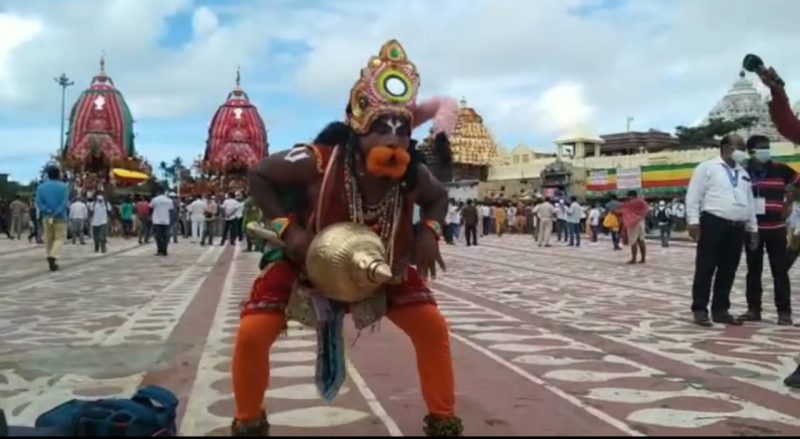 The Pahandi Bije ritual of Lord Jagannath and his siblings too had concluded around 9.15 am, much before the scheduled time of 11.30 am.

This was followed by Lagi of ‘Sola Chita’ on the divine forehead of the deities.

The first servitor of the Lords, Puri Gajapati Dibyasingha Deb then performed the Chhera Panhara niti atop the chariots. 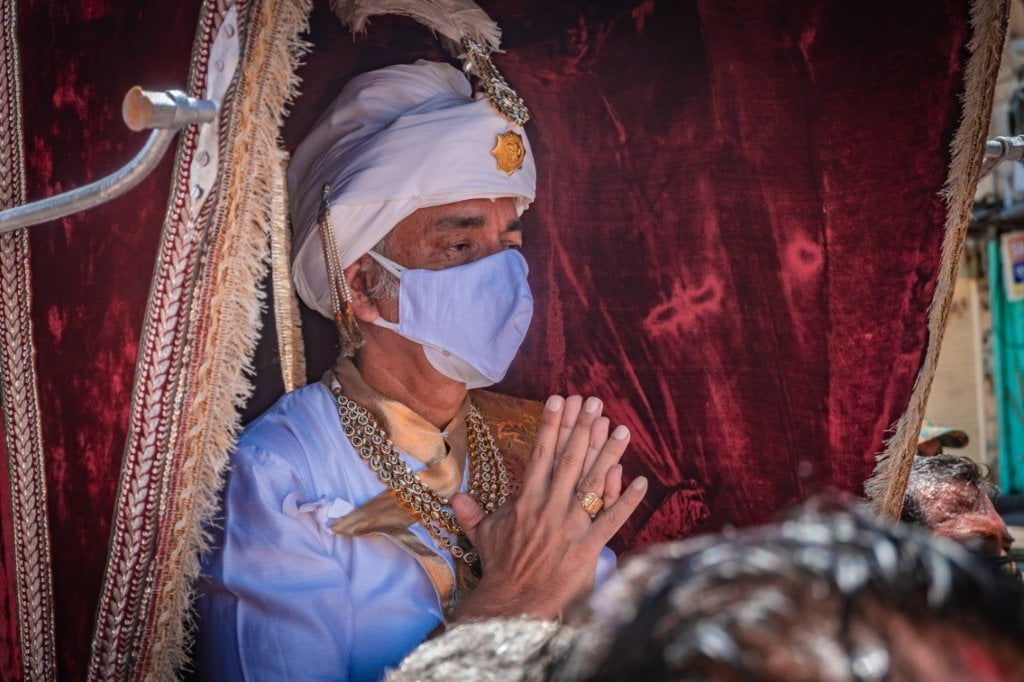 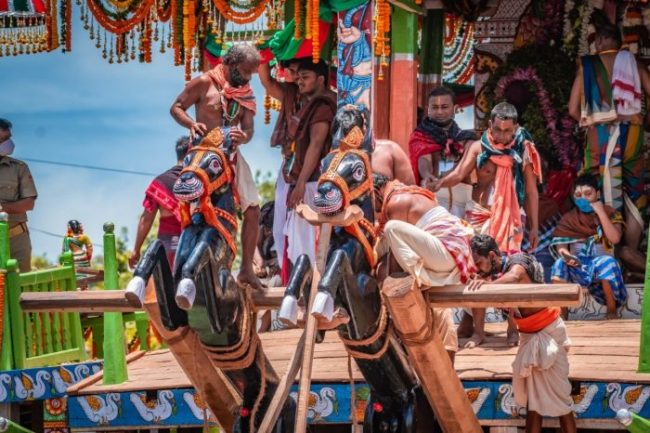 Shankaracharya Nischalananda Saraswati also paid his obeisance to the Triad on the three chariots. 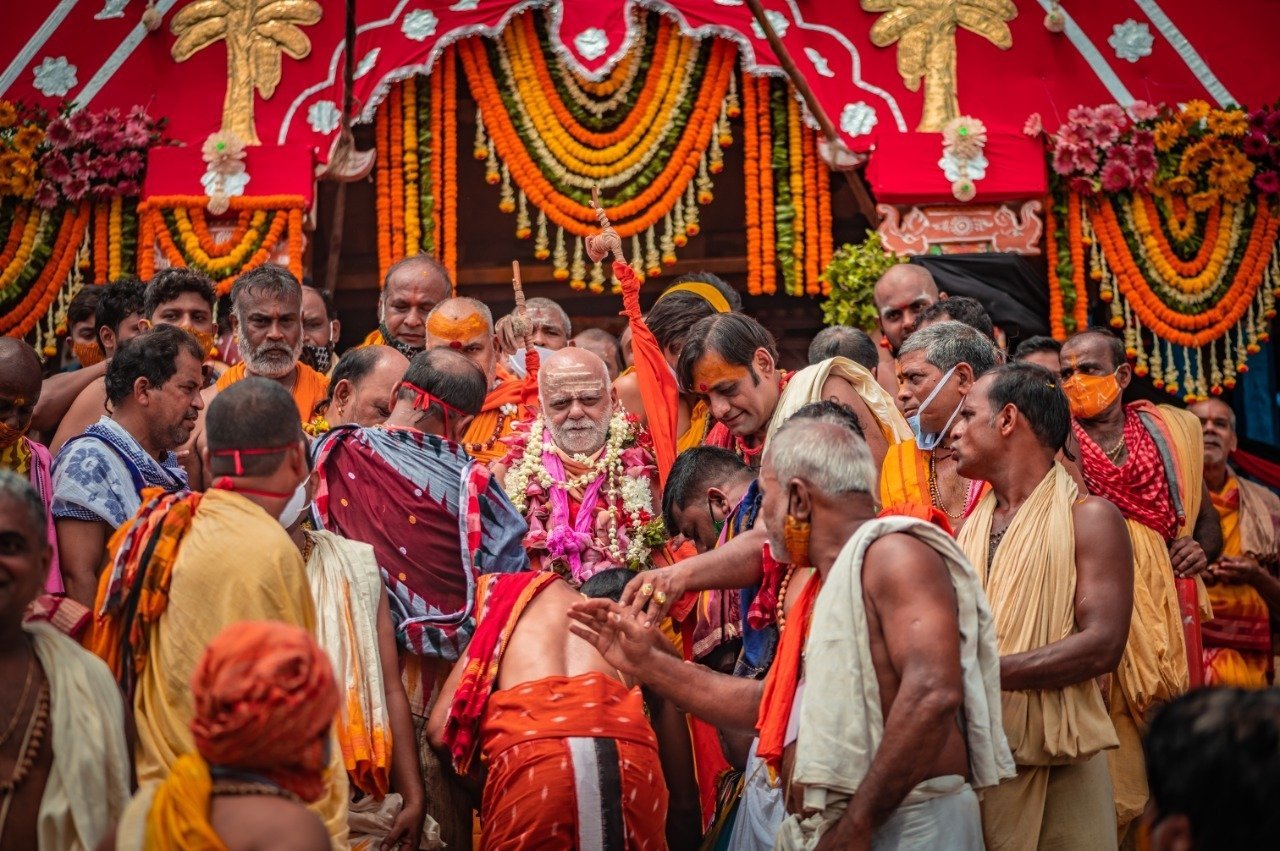 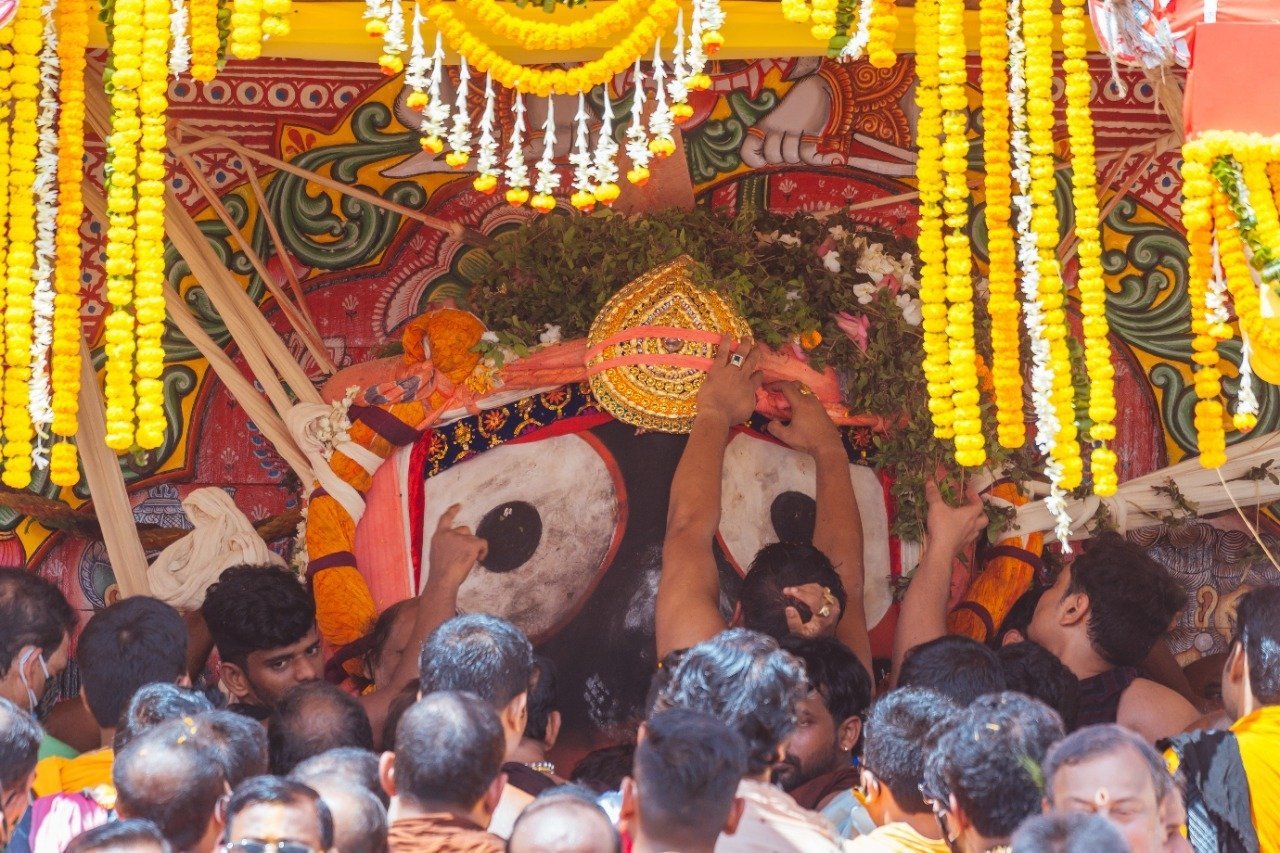 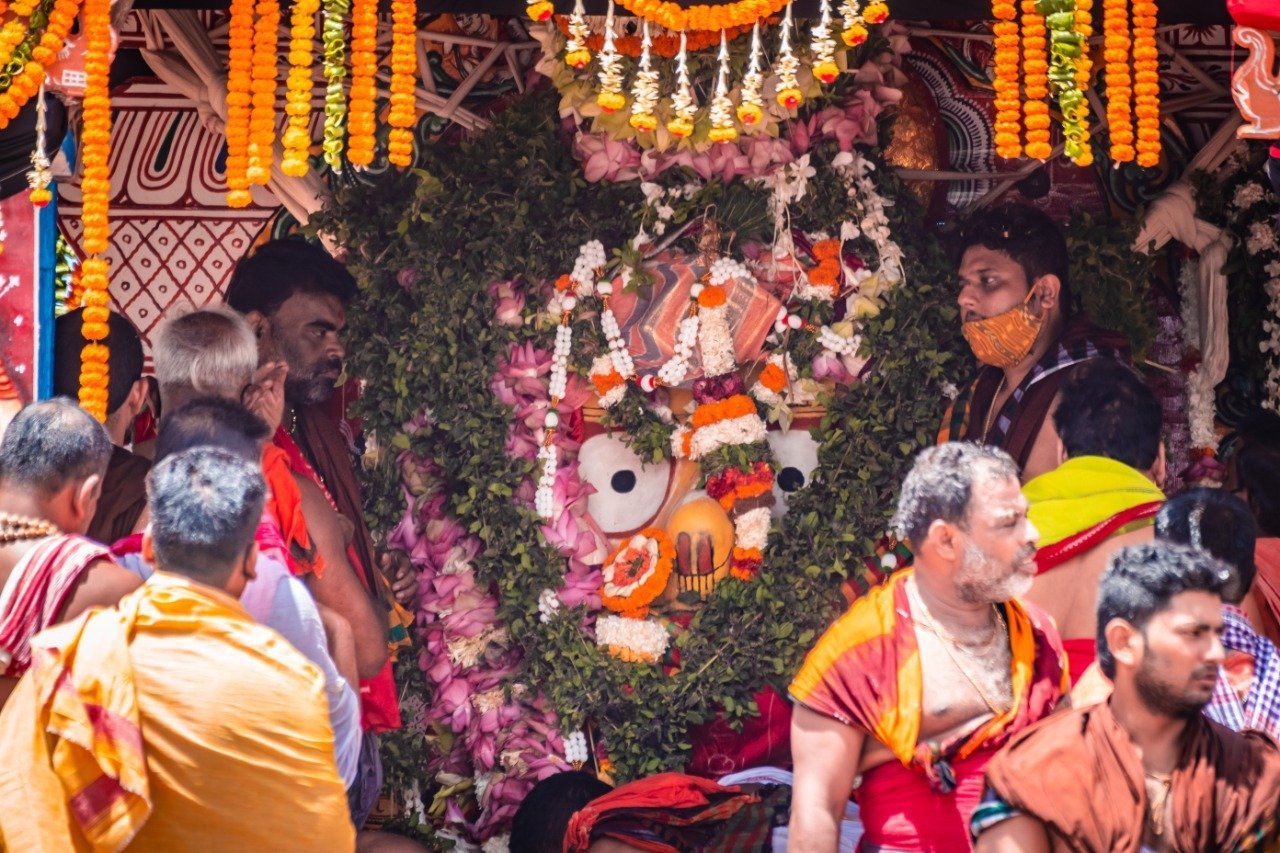