Rath Yatra In Puri Concludes On A Happy & Incident-Free Note 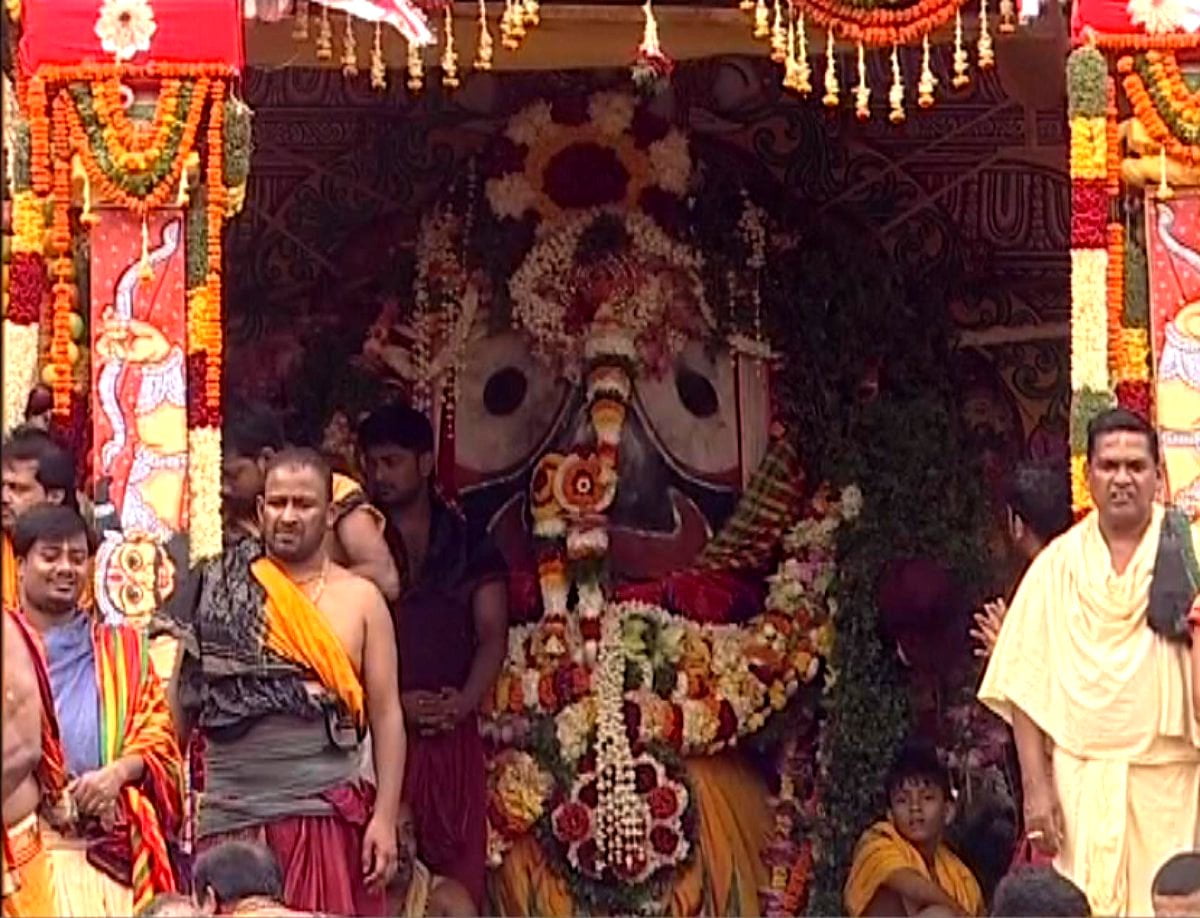 Puri: Rath Yatra, the grand festival of Odisha, concluded in Puri on Wednesday amid gaiety and fanfare with the chariots of the Trinity reaching the Sri Gundicha Temple in the evening.

After the three deities were placed atop the chariots, Gajapati Maharaja Dibyasingh Deb conducted the Chhera Panhara rituals. This was followed by the visit of the Shankaracharya of the Gobardhan Peeth Swami Nischalananda Saraswati along with his disciples, performed the rituals of the deities.

The pulling of the chariots began at 2.15 pm about an hour and 45 minutes before the schedule decided by the Shree Jagannath Temple Administration (SJTA).

The deities, who will be taken in pahandi (procession) on Friday to the Adapa Mandap of the Gundicha temple, will stay on the chariots on Thursday.

There was no untoward incident during the festival due to elaborate security arrangements with the deployment of more than 10,000 policemen, 142 platoons of forces and about 1000 police officers.

A Tribal Touch To Rath Yatra At Koraput