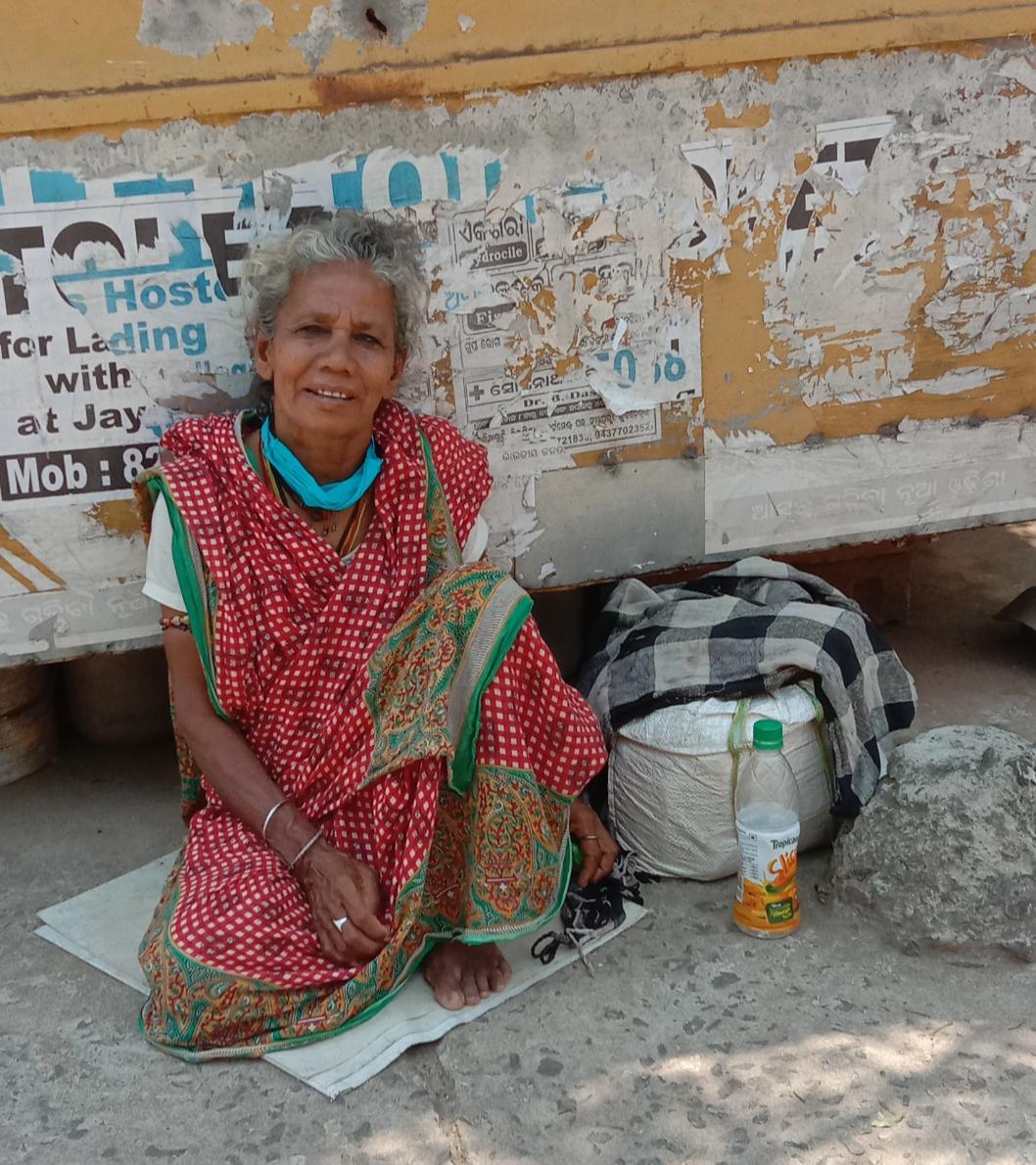 Bhubaneswar: Despite the Odisha government’s order to include 5 lakh left-out eligible beneficiaries in the state food security scheme, complaints are pouring in from different areas of the city that many people without ration cards are not getting ration.

During the lockdown, they urgently need ration for their survival. Pagili Pradhan, a 65-year-old woman who usually begs in front of the Sai Temple at IRC village in Bhubaneswar, is now starving as she has no earning due to the lockdown.

Originally from Ichhapur of Ganjam district, she is living here for many years now. She does not possess a ration card or an Aadhar card. “Some fellow beggars having ration cards got the ration, but I was not given as I do not have one”, she complained.

She has been struggling to manage her food. She is given onetime cooked food in the evening understandably by the BMC. But for the rest of the day, she is either starving or eats a banana or something donated by the nearby shopkeeper.

Some migrant labourers in the city who have no ration card are also seen roaming in colonies seeking work, as they are not been given any ration. The family of Binod Behera and 10 more such families staying at Mahila Sahi, Sri Ram Nagar in Nayapalli area have been denied ration by the dealer saying, “Will see later”.

Complaints are also coming in on the non-delivery of the cash support to the cardholders promised by the state government. Kuni Behera, a widow staying at Jokalandi village near Khandagiri, has got her quota of rice. But she is yet to receive the Rs 1000 dole provided during the lockdown. Upon asking, the dealer concerned told her that he does not have the money now.

Similar complaints have also been raised by people from other areas of the city. For instance, Madhab Sethi at IRC village has got his ration but not the money.

BMC Commissioner Prem Chandra Chaudhary clarified, “We are compiling a list of the people having no ration card and validating it through our staff. We are providing ration to such valid cases. The second criterion is that the person must be in distress. Well-to-do people not having ration cards are not entitled to get ration during this period.”

On the cash hand out, the Commissioner said, “People having ration card should get the sum of Rs 1000 along with their quota of ration”. He promised to look into the cases where a ration cardholder has got ration but not the cash.

Dignity In Times Of Despair