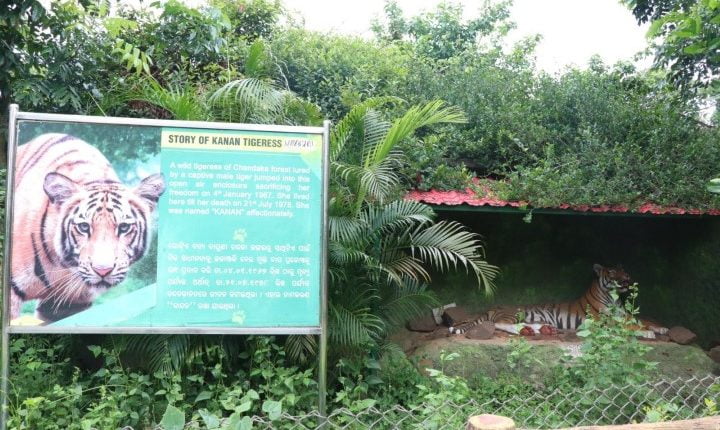 Bhubaneswar: Evan as Union Environment Minister Prakash Javadekar shared a piece of good news for wildlife lovers on International Tiger Day, a Forest officer took to the Twitter to share the love story of a tigress in Nandankanan Zoo here on Wednesday.

Javadekar said India houses 70 per cent of the entire world’s tiger population. Due to the initiative of the Central government on conservation of the wild cats, the number of tigers is on the rise, he added.

At the same time, Indian Forest Service officer Sandeep Tripathi, took to Twitter to share the love story of Kanan, a wild tigress who sacrificed her freedom for a captive tiger in Nandankanan Zoo in 1967.

Unfortunately, Pradeep did not accept Kanan as he already had a companion, called Sikha. Kanan was so stubborn that she did not accept any other mate as long as she lived.

#GlobalTigerDay #Nandankanan
However, Pradeep would not accept her, as he has his own female companion “Sikha”. “Kanan” would celibate till her death on 21st July, 1978 without accepting any other mate. The “Kanan square” in Nandankanan immortalizes this iconic love story….2 pic.twitter.com/sBwpMRS3GM

In memory of the dedicated love of Kanan, a traffic junction near the zoo has been named Kanan Square. Tripathi also shared a photo of the billboard at Kanan Square depicting the story to the visitors.