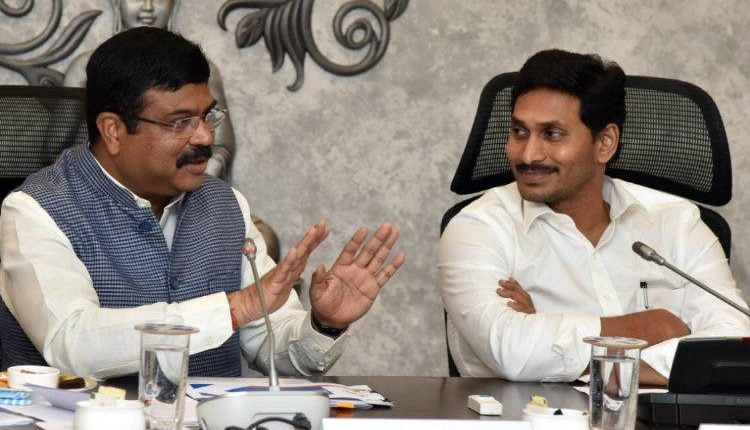 Bhubaneswar: Union Minister Dharmendra Pradhan has written to Andhra Pradesh chief minister YS Jagan Mohan Reddy, requesting him to hold a bilateral discussion with his Odisha counterpart Naveen Patnaik to lay the broad parameters of the future roadmap to address the border dispute issue between the two states.

Terming the faceoff between Andhra Pradesh and Odisha as unfortunate, he said the skirmishes, which started in 20-odd villages under Kotia gram panchayat in Pottangi block of Koraput district, have now spread to other bordering villages in Gajapati district.

“Such disputes pose a threat both to the security as well as developmental aspirations of villagers located in border villages in the states of Odisha and Andhra Pradesh,” he wrote.

Exhorting the initiatives by these two states that helped in mitigating the threats arising from Left-Wing Extremism, the Union Minister said the volatile situation arising out of inter-state conflicts on the issue of delimitation of physical boundaries have the potential to derail ongoing developmental initiatives and nullify the peace accrued over the years in these areas.

“I am sure you would appreciate that settling boundary issues are time-consuming and require intense parleys coupled with the involvement of a mature political leadership at the highest levels, based on mutual trust and cooperation between states. There is a need for building an enabling environment to facilitate talks between the states in view of the flared-up situation on the ground,” Dharmendra said.

He requested measures to create a conducive environment for talks between the states with the withdrawal of armed police forces in the disputed villages and cases registered against local representatives and government officials.