Bhubaneswar: The Odisha government has released the revised travel history of COVID-19 patient 57 from Bomikhal. He along with two others of the locality had tested positive for the virus on Tuesday. 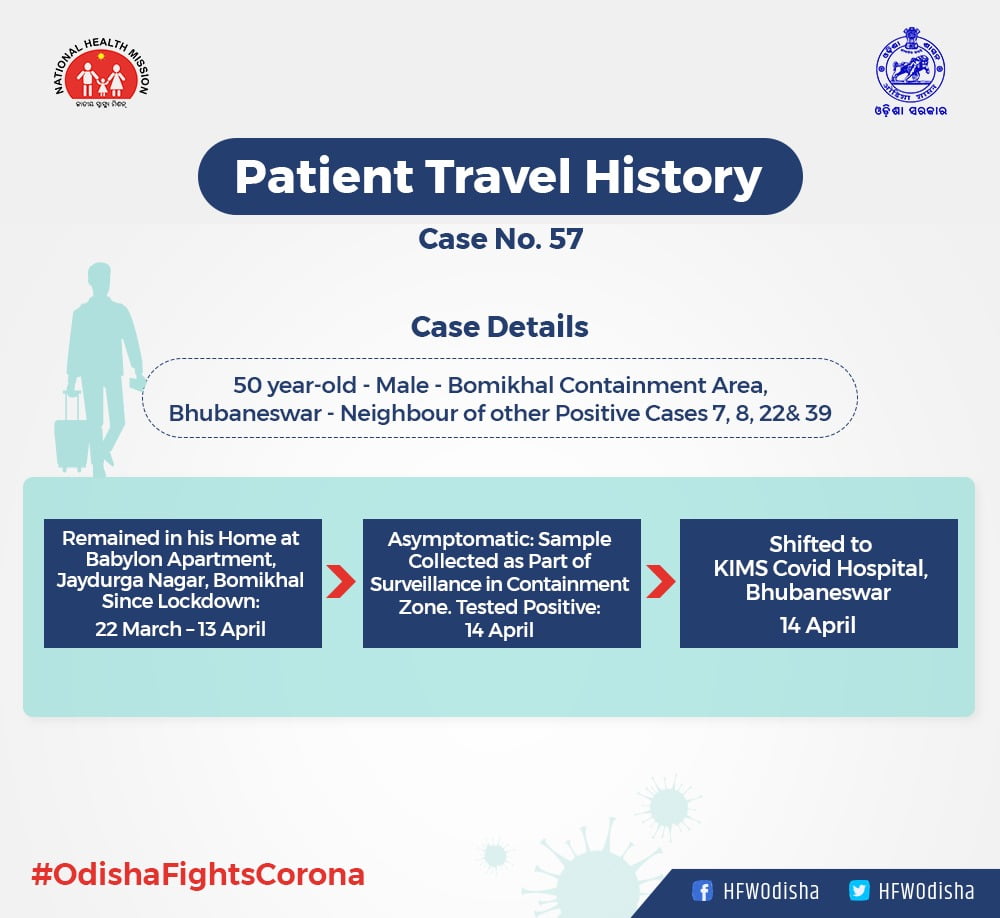 Earlier, it had said that the 50-year-old man had visited a vegetable shop near Ganesh Mandap, Reliance Fresh (near the overbridge), Bomikhal and Rasulgarh market between March 23 and April 13. 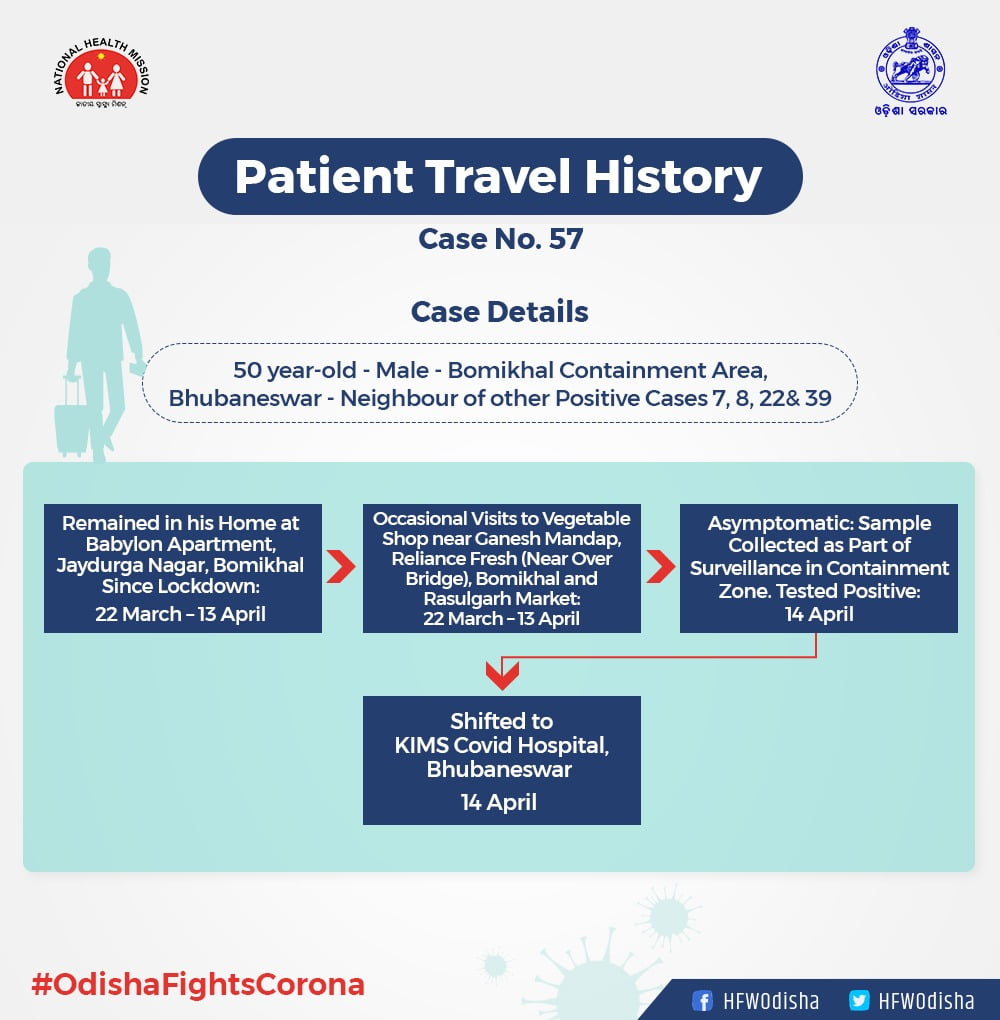 Bomikhal is the worst-hit locality in the capital city with 18 COVID-19 cases. Of the total 60 confirmed cases in Odisha, 46 belong to Bhubaneswar.

While one person has died of the disease, 18 have been fully cured in the state.

Lockdown Blues: Stay Indoors And Spin The Summer With These Drinks From Odisha