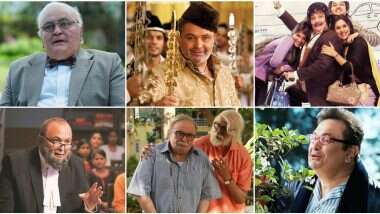 Mumbai: Rishi Kapoor had become a star overnight after playing the lead role in Raj Kapoor’s ‘Bobby’ in 1973.

However, it was only in his second innings that the veteran actor showcased his true acting skills by picking up versatile character roles.

In an interview with PTI, Rishi Kapoor said, “For the first 25 years of my career, I did nothing but sing and dance. In my second innings, I have got the chance to act.”

Here’s a list of the memorable roles he played in his second innings:

Also Read: Know The Actresses Who Made Their Debut With Rishi Kapoor

How Neetu Kapoor Missed Rishi Kapoor On Their 41st Wedding…