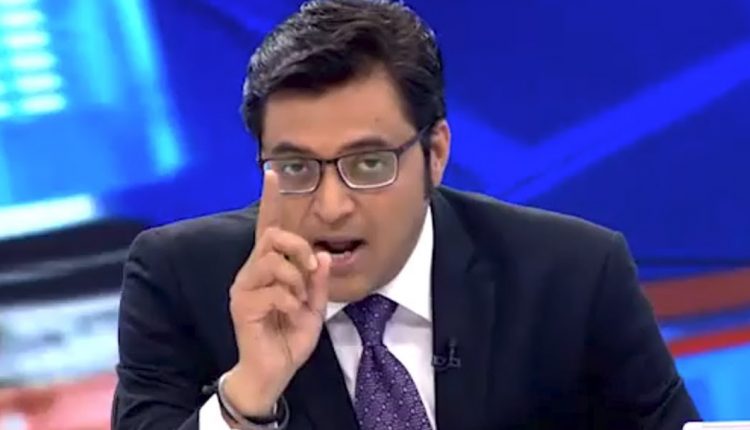 The filmmaker also announced the title of his upcoming film on his Twitter handle: ‘Arnab- The News Prostitute’

My film on him is titled

“ARNAB”
THE NEWS PROSTITUTE
After extensively studying him I mulled on whether the tagline should be The News Pimp or The News Prostitute though both are relevant I finally settled on prostitute for its sound.

The Republic TV head, Arnab has been targeting Bollywood biggies and the industry in his news shows post-Sushant Singh Rajput’s demise.

The news anchor’s reference to Bollywood as a hub of gangsters and psychos has irked RGV and thus, he is gearing up to make a film on him.

Talking about the film, Varma said, “My one last word of advice to Aditya Chopra, Mahesh Bhatt, Karan Johar, Shahrukh Khan, Salman Khan and many others, is that it’s not enough to create heroes in films and be heroes in films, but it’s also important to stand up to villains like Arnab Goswami. ”

“The fact that he is making all of us look like we are criminals rapists etc. It’s better we don’t act like one by hiding but face him like a man,” he added.