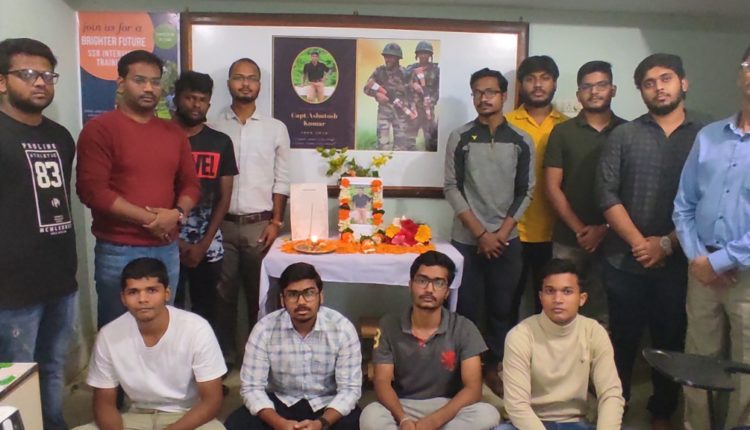 Bhubaneswar: A condolence meeting was organised here for Captain Ashutosh Kumar, an alumnus from Sainik School, Bhubaneswar, who was martyred in direct action while leading his troops against Pakistani insurgents in Kupwara sector of LOC in Kashmir on Sunday.

The 24-year-old was serving the 18 Madras Regiment. After passing out from the Sainik School in 2014, when he was also the School Captain, with 92 per cent, Kumar got through National Defence Academy in the first attempt. Later he went to the Indian Military Academy.

“Though I am sad that we lost a son, I am proud at the same time realising that he made the supreme sacrifice for the nation,” said principal of the school Group captain S Dominic Ryan.

He was the only son and bread-winner of the family, which lives in a remote village in Bihar.

BMC Issues Guidelines For Ramzan In Mosques In Bhubaneswar

Know The Restrictions On Pana Sankranti Celebrations In Bhubaneswar