Rise In Cyber Attacks Since Article 370 Abrogation In Kashmir: Kaspersky 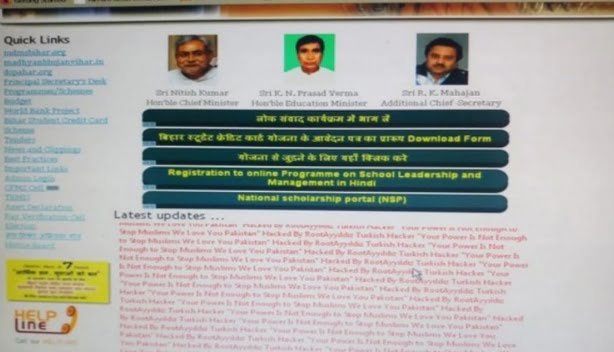 Cyber attacks on Indian institutions have increased after the abrogation of Articles 370 and 35A, Russia-based cyber security firm Kaspersky said.

Bihar Education Department’s website was recently hacked. The site showed messages such as “We Love Pakistan” and other Islam praising messages.

“We have definitely seen an increase in cyber attacks on India after the abrogation of Article 370 by the Indian government. According to our Cyberthreat World-time Map, India is currently the seventh most attacked country in the world,” Saurabh Sharma, Senior Security Researcher, Global Research and Analysis Team (GReAT) APAC, Kaspersky, told IANS.

Sharma said that they cannot confirm if the hack originated from Pakistan or it’s a group of cyber attackers targeting India while taking advantage of the current situation.

IT Minister Ravi Shankar Prasad told the Parliament that these cyber attacks seem to originate from a number of countries, including China and Pakistan.

Kaspersky has warned India to be more careful with the security of websites and IT infrastructure.