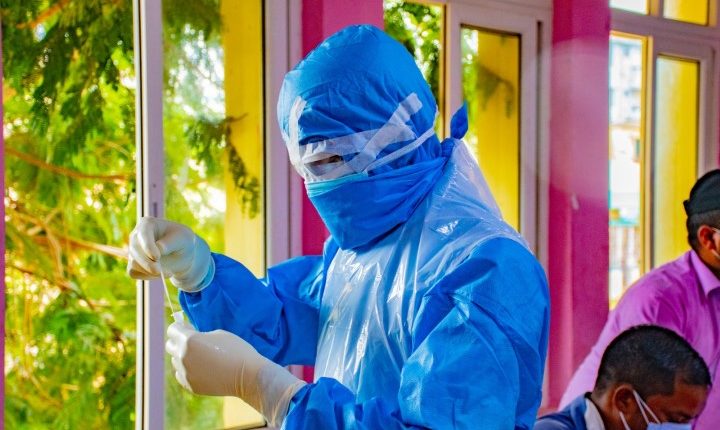 Bhubaneswar: As Odisha is witnessing an alarming rise in the COVID-19 cases, the test positivity rate (TPR) in the state stands at 23 per cent, said the Ministry of Health and Family Welfare.

According to the Ministry, the TPR in 24 states is more than 15% while it is 23% in Odisha, Andhra Pradesh and Sikkim. On the other hand, Goa tops the TPR chart with 48%.

Eminent doctor of Odisha and former advisor to the Indian Council of Medical Research (ICMR) Dr Tribhuban Mohapatra said while the state had not witnessed such high TPR in the first wave last year, the rising trend in the TPR in the second wave is indeed a matter of grave concern.

He further said if the Centre has assessed TPR on the basis of number of tests done in Odisha, then the TPR will be much higher.

“As the rapid antigen tests in Odisha are done in large numbers, it is obvious that most of the tests will be negative,” Mahapatra said.

Justifying his contention, he said although the antigen tests can be done more quickly with results in as little as 15 minutes, they have a high false-negative rate with nearly half of negative results inaccurate.

“The number of tests done in the state in the last 24 hours was 48,101 of which 66% are rapid antigen tests and 34% are RT-PCR. In spite of this, if the TPR in the state remains over 20 per cent, then going by the faulty test results of the antigen test, it could be even more,” Mohapatra pointed out.

Vaccine Roll-Out: Govt To Conduct Dry Run In 4 States Next…