The selection committee for the National Sports Award 2020, headed by Justice (Retd) Mukundakam Sharma (former Judge of Supreme Court of India) and comprising a clutch of eminent sportspersons, chose 27 for Arjuna Award, 15 for Dhyanchand Award and eight coaches for Dronacharya award in Lifetime category.

Rohit, one of India’s most prolific run-scorers in the last two years, is only the fourth cricketer to be bestowed with the Rajiv Khel Ratna award, the three previous ones being Sachin Tendulkar, Mahendra Singh Dhoni and Virat Kohli.

Following is the list of Rajiv Khel Ratna and Dronacharya Award winners: 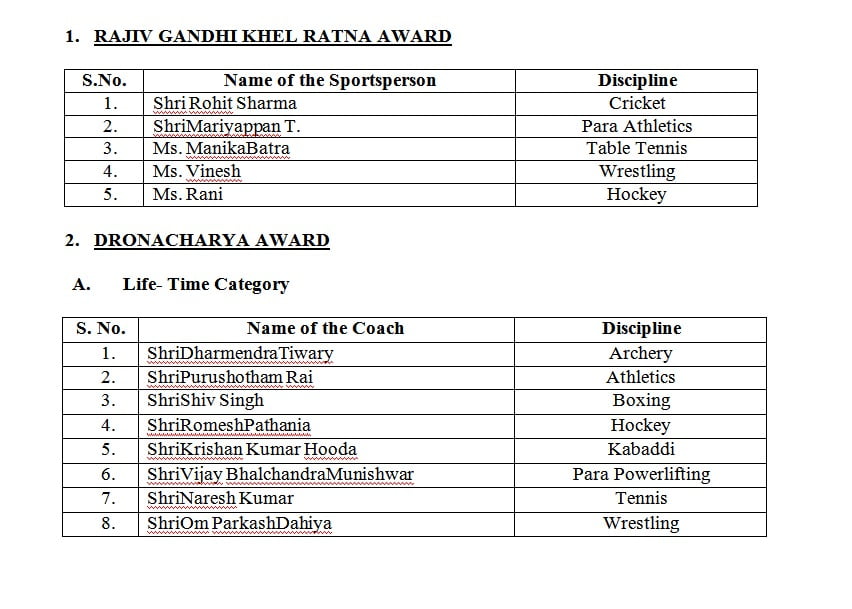