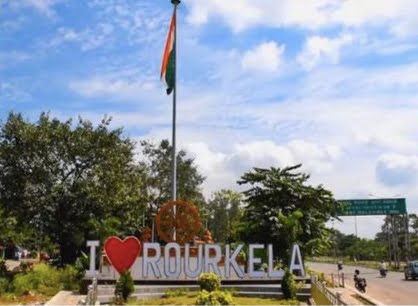 Bhubaneswar: Rourkela in Odisha is among the eleven winners of the EatSmart Cities Challenge, the result of which was announced by the Ministry of Housing and Urban Affairs (MoHUA) on Wednesday.

The challenge was launched by MoHUA in collaboration with the Food Safety and Standards Authority of India (FSSAI) on April 15, 2021, to scale up the Eat Right India approach to the city level, an official release said.

The other winners are Chandigarh, Indore, Jammu, Jabalpur, Panaji, Rajkot, Sagar, Surat, Tumakuru and Ujjain. These cities will now enter the deep engagement stage of the challenge, wherein projects undertaken in the pilot stage will be scaled up in a sustainable manner.

Rourkela bagged the award for introducing innovative initiatives in line with the challenge, including comprehensive nutrition education programmes in prisons, support for solar-powered cold storage and promotion of women-led entrepreneurship to reduce waste.

Notably, the Steel City was one of two Indian cities selected as Champion Cities by Bloomberg Philanthropies 2021 Global Mayors Challenge. It has been supporting solar-powered cold storage with an aim to empower small farmers and street vendors. The cold powered solutions are managed by women’s self-help groups.

Also Read: Rourkela Among 15 Champion Cities With Most Ambitious Urban Innovations In World

Rourkela aims to be a ‘15-minute City’, the release added.