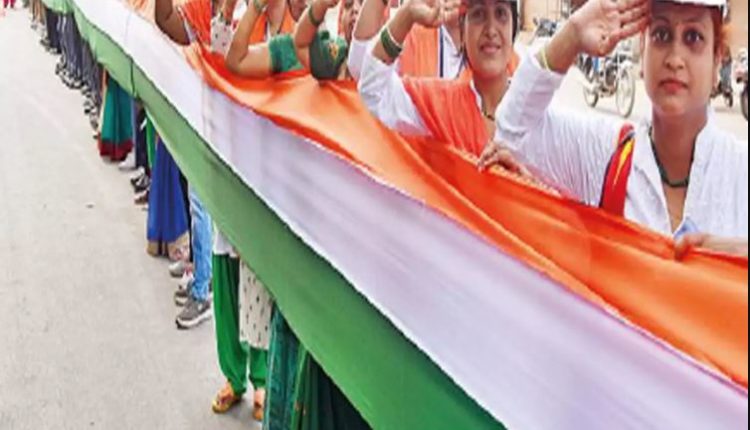 Rourkela: The Steel City on Thursday celebrated the 73rd Independence Day in a unique manner with more than 40,000 denizens going around Rourkela in a procession with a 17-km-long Tricolour.

The celebration began at 9 am as more than 40,000 school and college students and members of voluntary organisations formed a human chain and went on a rally with the national flag.

The making of the longest Tricolour was the brainchild of Smile for Ever Foundation, which aims to make an entry into the Guinness Book of World Records and Limca Book of Records.

The Foundation had engaged 12 artisans, who had taken three months to prepare the national flag. Around 45,000 metres of cotton was used to make the flag at a total cost of Rs 17 lakh.

How To Send I-Day & Raksha Bandhan Stickers On WhatsApp