Hyderabad: Indraharsha from Andhra Pradesh got the shock of his life when he received a repair estimate quotation of Rs 21 lakh for his Nissan Magnite. The SUV costs around Rs 11.5 lakh on road here.

His family had chosen the SUV considering low maintenance costs of 29 paise per km, as advertised by Nissan. Here’s what happened:

As reported by TeamBHP first, the car met with an accident in March. It was hit by a bus, but the owner survived the crash. Point to note here is that the Nissan Magnite has received a 4-star safety rating. 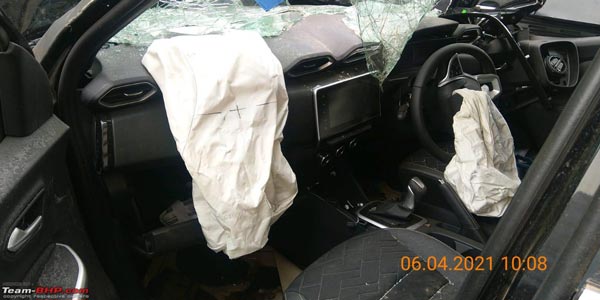 Nissan’s service centre has sent Indraharsha an estimate via email. They even asked him to pay 1 per cent of the estimate to get the gate pass generated for the vehicle.

In such cases, where the repair bill exceeds 75 per cent of the Insured Declared Value, it is considered to be a total loss.

It is important to note that the Magnite has been responsible for increasing Nissan’s sales by more than 300 per cent since its launch.

SOP Being Planned To Prevent Monkeys From Having Joyrides In…