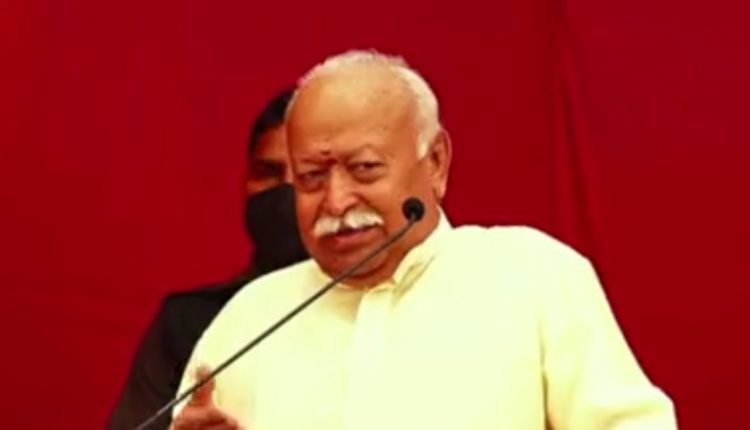 New Delhi: Days before the government is due to respond to the Supreme Court about petitions to legalise same-sex marriage, RSS chief Mohan Bhagwat, has struck a conciliatory note with regard to the LGBTQ community and transgender persons.

In an interview with the Organiser, the English language mouthpiece of the Rashtriya Swayamsevak Sangh (RSS), Bhagwat said that LGBTQ people have the right to their own private and social space and added that the Hindu society generally doesn’t see them and the transgender as a problem.

“People with such proclivities have always been there; for as long as humans have existed… This is biological, a mode of life. We want them to have their own private space and to feel that they, too, are a part of the society. This is such a simple issue. We will have to promote this view because all other ways of resolving it will be futile,” he said, suggesting that the Hindu organisation, which has been opposed to homosexuality and same-sex marriage, is softening its stand on the issue.

Citing Hindu scriptures and mythology as the basis of his support, Bhagwat said, “Without much hullabaloo, we have found a way with a humane approach to provide them social acceptance.”

Homosexuality was decriminalised in India in 208 after the Supreme Court scrapped the colonial-era Section 377 law.

32 Arrested For Fishing In Gahirmatha Prohibited Sea Zone In Odisha