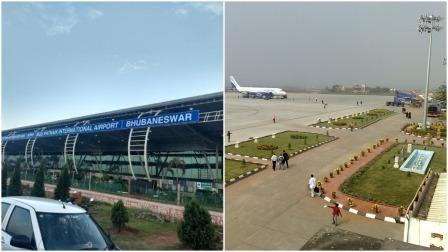 Bhubaneswar: The partial closure of Biju Ptnaik International Airport here for eight months for re-carpeting of the runway may not affect flight services to and from the Odisha capital.

“The airport should have two runways. Since it is an old one, there is only one runway. Airport runway has to be re-carpeted in every 10 years and therefore, the Director General Civil Aviation (DDCA) has directed re-carpeting of the runway of this airport at a cost of Rs 28 crore. I hope that the re-carpeting work will not affect the flight services,” director of the airport Suresh Chandra Hota told mediapersons here.

He also said that the DDCA has directed decommissioning of the 523-metre alternative runway of the airport.

To a question on whether the city airport is going to have another runway, Hota said that the state government had identified land for expansion of the airport. But it is yet to be handed over to the airport authorities, he added.

The re-carpeting of the runway of the airport was last done in 2007.

Another Woman Raped On Pretext Of Job In Bhubaneswar