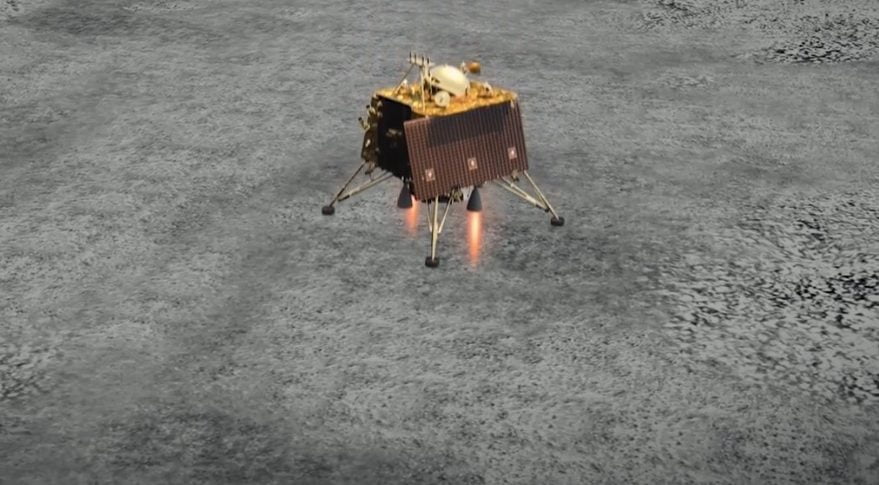 A man in Prayagraj, Uttar Pradesh, has climbed a pillar of the New Yamuna Bridge with the Tricolour and has refused to come down unless space agency ISRO manages to “recover” moon lander Vikram.

The man has been identified as Rajnikant, a resident of Manda area in Prayagraj, according to a media report. He climbed up the pillar on Monday night.

On September 7, the Chandrayaan-2 mission’s lander Vikram had allegedly lost control and crash-landed while trying to make a soft landing on the Moon’s south polar region.

Vikram is still believed to be out there somewhere on the lunar surface. Meanwhile, ISRO has been trying to re-establish links with the lander by communication signals with its Deep Space Network (DSN).

Air India To Serve Low-Fat Diet To Pilots! Find Out Why