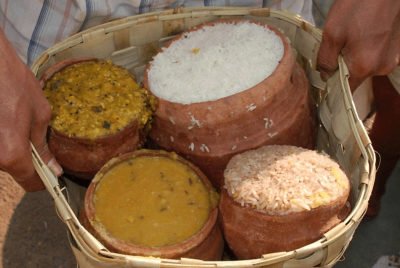 Puri: As a large number devotees likely to throng Jagannath temple here for  partaking Mahaprasad on the occasion of Sabitri Amabasya on Thursday, Puri district administration and Shree Jagannath Temple Administration (SJTA) have taken necessary steps to streamline the arrangements.

Briefing the media, Administrator (Development), Jagannath temple Ajay Kumar Jena said to minimise the rush of devotees, 10 counters each will be opened at the North gate (Uttara Dwara) and South gate (Dakhina Dwara) of the Jagannath temple. All the arrenagements have been made in strict adherence to COVID guidelines, he added.

“As decided, the devotees, who have booked their order with the Suara Mahasuara Nijog earlier, will be provided with the Mahaprasad,” he added.

Keeping the intense humid conditions in mind, two temporary camps with sitting arrangements for 250 people have been set up near the two gates, he said. Those those who have booked their order will have to wait at these two camps where they will be given a token by Suara Mahasuara Nijog. Later, they will collect the Mahaprasad by showing the token at the sale counters, Jena said.

Secretary of Suara Mahasuara Nijog Krushna Chandra Pratihari said arrangements have been made for distribution of Mahaprasad to about 8,000-10,000 people.

“We will provide tokens to the people who have booked their order and they will collect the Mahaprasad,” he pointed out.

Soon, Devotees Can Partake Mahaprasad At Ananda Bazar In…