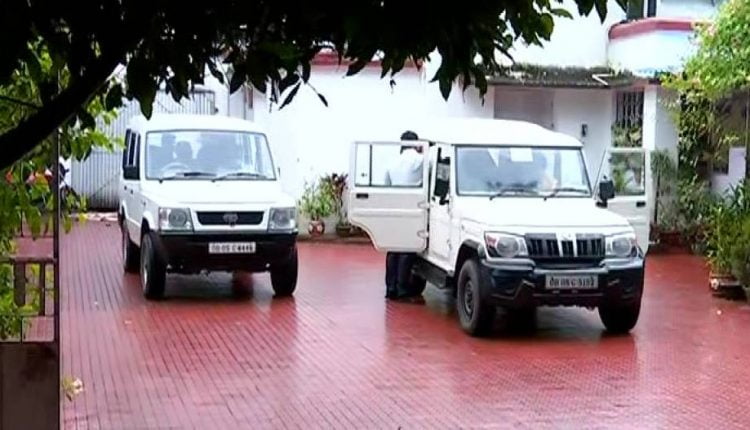 Bhubaneswar: The Vigilance sleuths seized 1440 gm gold and a Sabyasachi brand designer necklace worth Rs 24.25 lakh during the 23-hour marathon raid at Gopalpur MLA Pradeep Panigrahy’s residence and those of his relatives and associates in connection with a case registered against him for allegedly amassing disproportionate assets to the tune of Rs 5.5 crore.

“Steps are being taken for their attachment and freezing bank accounts of Panigrahy and his family members,” a Vigilance release said on Monday.

Notable, a case was registered against Panigrahy on October 4 following a direction from the Lokayukta. Searches were conducted at 15 places in Bhubaneswar and Ganjam district on Sunday.

Documents relating to the purchase of land, jewellery, bank passbooks, credit/debit cards, laptops, mobile phones and other articles were recovered during the raid carried out by SP of Vigilance Cell, two additional SPs and 17 DSPs.

Earlier, the Directorate of Vigilance had conducted a secret verification of Gopalpur MLA’s property last year on the allegation of accumulating assets illegally and lodged a complaint against him with the Lokayukta on December 9, 2020. The anti-corruption watchdog had then directed the Vigilance wing to launch an inquiry into the matter under section 20 (2) of Odisha Lokayukta Act, 2014.

The investigation revealed that Panigrahy had made huge illegal gains as a public servant between May 24, 2009, and November 30, 2020, and submitted an inquiry report to the Lokayukta on May 28 this year.

After examining the report, the Lokayukta noted that there was a prima facie case against him under Sections 13 (2), 13 (1) (b) of the Prevention of Corruption Act and authorised the Vigilance to carry out searches under Section 26 (1) of the Odisha Lokayukta Act as part of its investigation.

It is worth mentioning here that the Orissa High Court in February had quashed the Lokayukta’s order for a probe by the Directorate of Vigilance against Panigrahy in an alleged DA case, saying it was not legally tenable as the complainant and investigating agency in a quasi-judicial process cannot be the same.