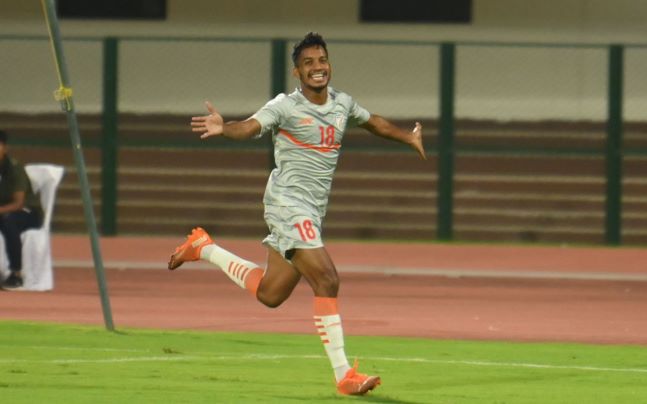 Bhubaneswar: Defending champions India pumped in 8 goals past a hapless Nepal side in the SAFF U-20 Championship at Kalinga Stadium here on Sunday evening.

Showing no mercy to the visitors, Parthib Gogoi and Taison Singh scored a brace each. Himangshu Jagra, Gurkirat Singh and Shubho Paul also got their names on the scoresheet.

It was the second successive win for India, who were stunned 1-2 by Bangladesh in their opening encounter.

The hosts, with 6 points in 3 matches, will take on the Maldives in their final league match on August 2.

Before the kick-off, Odisha’s Chief Secretary and chief guest Suresh Chandra Mahapatra, along with Sports & Youth Services Secretary R Vineel Krishna, were introduced to the players and match officials.

The top two teams will face off in the final on August 5.