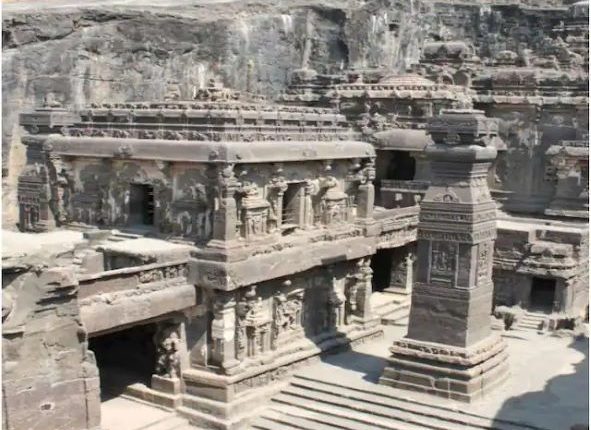 Aurangabad: A UNESCO world heritage site will soon become the first in India to get a hydraulic lift.

Ellora, one of the largest rock-cut temple complexes in the world, houses Hindu, Buddhist and Jain sculptures.

“The ASI has been undertaking several projects to make Ellora Caves, which is spread across a stretch of 500 metres, more tourist-friendly. These projects are either in the process of being sanctioned or being executed,” Chauley was quoted as saying by PTI.

The lift will be installed in cave number 16, known as Kailash Cave. It’s a double-storeyed structure and tourists have to climb staircase or go up a ramp to enjoy the view from the top, Chauley said. The ASI has proposed the installation of small lifts on both sides of the structure.

There are 34 caves at Ellora, which sees highest tourist footfall in the region.

“There will be no construction activity for installing these lifts. The mechanism will be small with 9 square feet area, in which a person in a wheelchair can easily go to the first floor,” Chauley explained.

Ellora has received approval for the project from higher authorities.