Sahana Mela, Garbhagruha Darshan In Lingaraj Temple From This Date 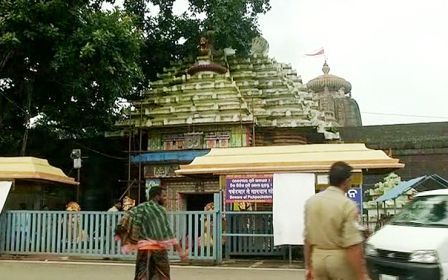 Bhubaneswar: The Lingaraj temple in the city is all set to resume Sahana Mela and Garbhagruha darshan from February 9, nearly a month before the Maha Shivaratri.

The decision was taken after a meeting between the Bhubaneswar Municipal Corporation (BMC) Commissioner and Sevayats of Lingaraj temple on Wednesday. The devotees can also offer puja in the garbhagruha, sources said.

Though there is no thermal screening near Simha Dwara of the temple, the devotees and Sevayats have to wear mask and maintain six feet distance between them inside the temple. Restrictions have also been imposed on chewing Paan and Gutkha on the temple premises.

Maha Sivaratri will be celebrated on March 11. A preparatory meeting in this regard, was held by the Sevayats on Wednesday. It was decided that, like last year, the ‘Mahadeepa’ at Lingaraj temple will be lifted atop the temple at 10 pm.

Due to Corona pandemic, the Lingaraj temple was closed since March 21 and reopened for public after 9 months. In the last week of December, the families of Sevayats were allowed to have a darshan of the Lord.

Residents of Bhubaneswar were allowed darshan from January 3 for three days and after that devotees from outside the city were allowed entry to the temple.

Also Read: No Age Bar For Entry Into Lingaraj Temple In Odisha Capital

UPHCs In Another City Of Odisha Bag ISO Certification

Pandemic & Rising Inequality: Sign Of The Times To Come

Rukuna Rath Yatra Of Lord Lingaraj To Be Held In Odisha…

Know Schedule Of Rituals For Rukuna Rath Yatra In Odisha…