Nimble-footed on the stone

With her coy outpour

Through the curvy path

Every nymphet has a story and so does every bend in the river – well juxtaposed. As the boater oars along Mahanadi the maiden at every anchor has something to tell him. Who else can she confide in?

The waterman is her friend for the moment because the next moment he is gone along the flow. That’s the flow of life. Today here, not there tomorrow. “Out beyond ideas of wrongdoing and rightdoing there is a field. I’ll meet you there. When the soul lies down in that grass the world is too full to talk about.” That’s where she needs a moment, your moment Oh Sailor. She has so many emotions to share, so many family wires which would design her future life. Has anyone ever asked, what she wants? Her life partner is to be decided by others, excluding her.

This ballad, first of its kind in Odia, became a chart buster and remains a cult narration of geographies, demographies and their specificities. A treatise on middle class, Odia family caught between groom hunting for their daughter, the struggle of catering to the new capital Bhubaneswar’s clerk groom’s ‘demand’, the helplessness of dark complexioned girl and the confidence of a Cuttacki girl, ready to face the world on her own terms.

At every curve on the canvas, I meet the beauty (because for me the sailor, a maiden is a maiden is a maiden) as a confidante and a gypsy listener. Someone is needed to listen to her. She has a voice. At home everyone is busy crafting her life except herself. But this doesn’t dampen her spirits – she is still aware of her beauty, the need to preserve her ‘demure’. Her gaze is straight and her conversation uncharacteristically confident. 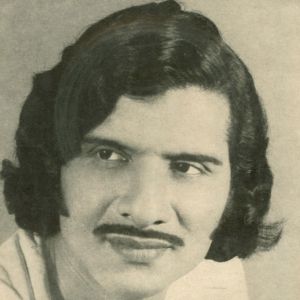 Only Akshaya Mohanty could pen this, compose this with all the elements of folk tune and still make it popular and not pedantic or boring. Lines like “Majuchi suna diha”- scrubbing the golden body, colours it ‘flirtatious’ or ‘cheeky’. That’s refreshingly natural and ahead of its time for the prudish seventies.

I can see the ballad on the canvas – the boat trudging along the slithering small waves of the big river (Mahanadi), anchoring at Sambalpur, Kantilo, Banki, Cuttack and downstream with a palette of white and blue, lines of thick tresses of hair basking on the bathing stones, sheer un-inhibition of the Lolita at every creek. The protagonists are three or four and the story is lively enough to be captured in the canvas.

Truly, life and romance begin with water and taper with water, the boatman being the mute witness, till he calls out to his friend at the other shore. I miss nauria daka (the shout out of the boatman). There is no water and there is no witness.