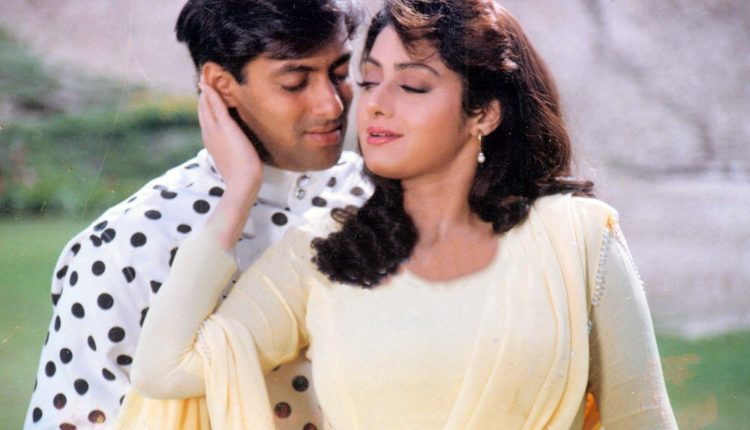 Mumbai: Almost all Bollywood actresses wish to share screen space with Salman Khan. The actor’s enigmatic personality is enough to drive audiences to the theatres and leave cash registers ringing at the box-office.

However, Bollywood’s ‘Dabangg’ actor was scared to work with one actress.

Yes, you read it right. Salman was afraid to work with the ‘Mr India’ actress Sridevi.

In an old interview, Salman admitted that he was scared of doing a film with Sridevi. Revealing the reason behind it, he said that Sridevi’s mesmerising personality overshadows the other actors including the hero in a film.

No doubt, Sridevi was one of the top actresses of the 90s. Reportedly, filmmakers used to wait in a queue to get her dates for a film. She was offered nearly Rs 1 crore for a film during the 90s.