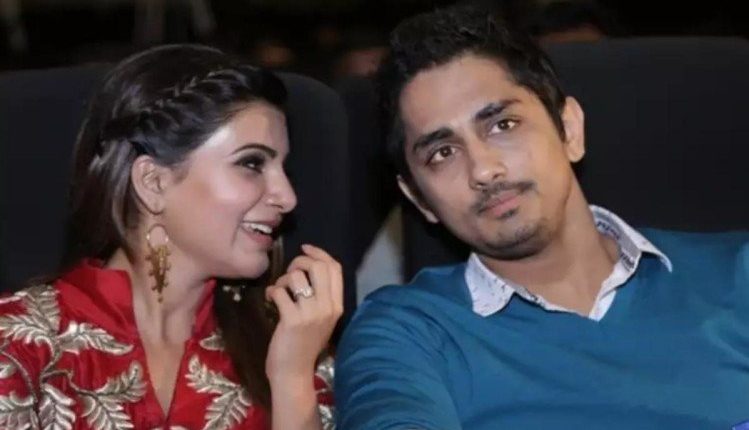 Mumbai: Actor Siddharth, who was allegedly in a relationship with Samantha Ruth Prabhu back in 2013, is drawing a lot of flak for his cryptic tweet with netizens questioning its timing and linking it to Chaysam’s split.

Taking to his Twitter handle, Siddharth wrote, ‘One of the first lessons I learnt from a teacher in school… ‘Cheaters never prosper.’ What’s yours?

One wrote: “Have you heard of the phrase ‘below the belt’ @Actor_Siddharth? I really wish that your teacher had taught you that. It’s okay though. How long could you have masqueraded as a supposedly progressive person and a #feminist! Forget Samantha, I don’t think anyone should be with you.”

‘This tweet shows how people have grudges in their heart. She might be your ex gf, and now she might be chay’s ex-wife that doesn’t mean she’s a cheater or a bad person. She is still the same bold, independent woman “Samantha”. People, please spread love and kindness,” said while another added, “One of the first lessons I learnt from my dad after my break-up when I was in college. ‘Let it go. Don’t see her as an enemy. Everything happens for a good reason’ What’s yours?” 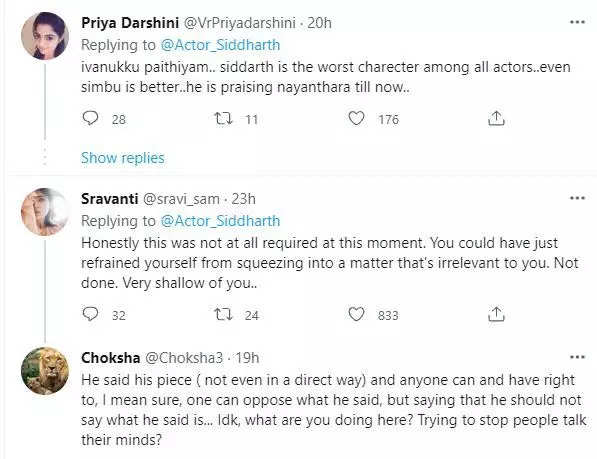 Siddharth and Samantha had reportedly fallen in love on the sets of their film Jabardasth. The two, however, never openly spoke about their relationship despite rumours that they were planning to get married.

Ending weeks of speculation, Samantha and Naga Chaitanya, son of Telugu superstar Nagarjuna, announced their separation after four years of marriage on October 2.

Meanwhile, Sam has changed her profile name back to Samantha after going by ‘S’ for some time.