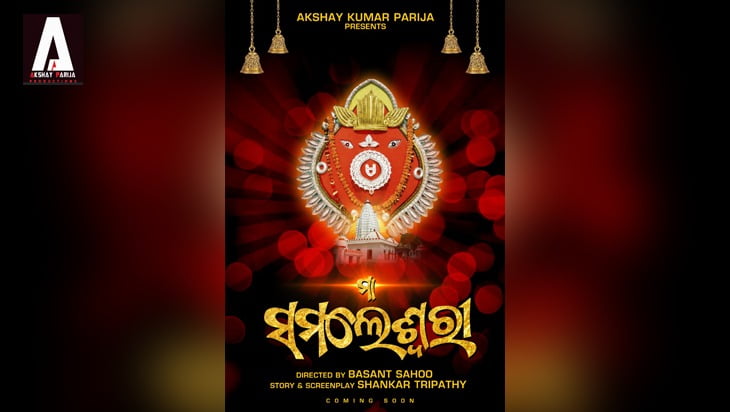 Bhubaneswar: Good news for fans of Odia cinema, especially those in western Odisha. A film on the presiding deity of Sambalpur district, Maa Samaleswari, is being produced Akshay Parija Production House.

The Basanta Sahoo directorial, titled ‘Maa Samaleswari’ will be released in both cinema halls and digital platforms.

“The story of the film has been researched in detail and dates back to the 16th century. The movie is going to be a costly venture. It involves the history of Western Odisha. We hope to release the movie during Nuakhai this year,” revealed Akshay Parija, the producer.

However, the star cast of the movie is yet to be decided.

The story and screenplay of the movie have been written by Shankar Tripathy in consultation with Prof Shankar Pati and historian Deepak Panda.

“With this religious concept and Maa Samaleswari’s blessings, we hope to touch the hearts of millions of cine goers,” said Pranay Jethy, the film’s creative partner,