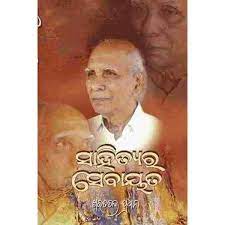 Bhubaneswar: Sarat Chandra Pradhan, the man credited with writing the most comprehensive Odia Bhasakosha, passed away in Cuttack on Saturday evening. He was 88.

The 10 volumes of the Bhasakosha were the result of 18 long years of untiring and sustained efforts by the eminent Odia littérateur.

Pradhan taught Odia language and literature at several government colleges, including Ravenshaw, and universities across the state from 1959 to 1994. He retired as a professor from Sambalpur University in 1994 and served as a visiting professor at several universities until 2002.

The professor was the author of 19 books of different genres. The Bhashakosha was a labour of love that began after his retirement in 1994. He led a team of four academics to start working on the Odia Bhasakosha in 1994 and completed all 10 volumes in 2012. They contain five lakh Odia words on 11,000 pages, where each Odia word has its meaning in Odia, Bengali and English. It is regarded as the most comprehensive Bhasakosha after the Purnachandra Odia Bhashakosha of 1936.