Sardar Patel Would Have Scripted A Different Kashmir Story: Dharmendra 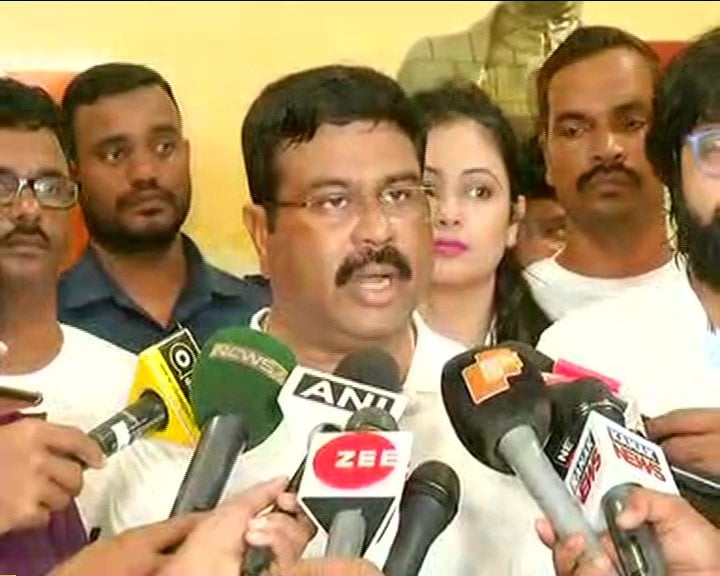 Bhubaneswar: The politics over appropriating the legacy of Sardar Vallabhbhai Patel continued on his 144th birth anniversary on Thursday.

Even as Prime Minister Narendra Modi dedicated abrogation of Article 370 to the ‘Iron Man’ of India, Union Minister Dharmendra Pradhan said that a historic blunder was corrected by temporary scrapping of the Article and bringing the administration of the state under the purview of the central government.

“It is only because of the willpower of the PM Narendra Modi and the Home Minister Amit Shah that integration of Jammu and Kashmir in India was made possible after nearly 70 years,” he said while addressing the media during the ‘Run for Unity’ programme here to mark the 144th birth anniversary of the ‘Iron Man’ of India.

Reiterating what his leader and the Home Minister had said about about a month back, Dharmendra stressed that there would have no lawlessness and terrorist activities in Jammu and Kashmir had the firebrand leader been entrusted with the task of bringing this state to the mainstream of the governance of the country.

On September 22, Amit Shah had said that the issue of Kashmir should have been handled by Sardar Patel instead of former PM Jawaharlal Nehru.

Emphasising on his invaluable contributions towards building a modern and unified India, Dharmendra said that the country would have reached greater heights of greatness, if Sardar Patel would have been the first Prime Minister of our country.

It echoed Vice Present and the then Union Minister M Venkaiah Naidu’s “things would have been different had Sardar Vallabhbhai Patel been the first Prime Minister of India” statement about four years ago.