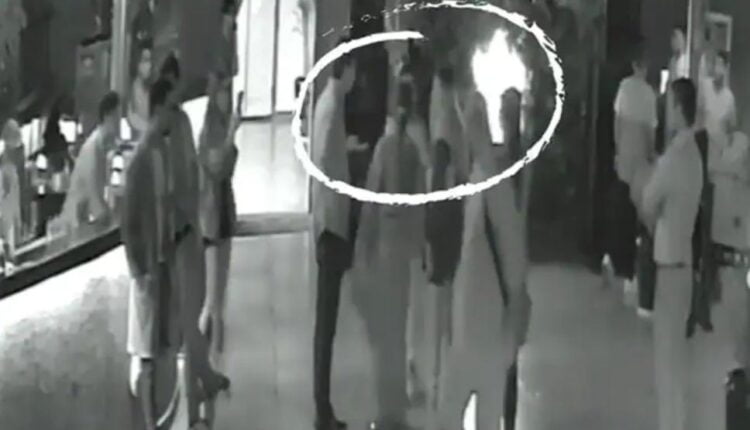 New Delhi: Roasted over a video, in which a gate manager of Aquila restaurant here can be heard saying, “Ma’am, we allow only smart casual and saree is not counted as smart casual”, the authorities have now issued a statement along with a CCTV footage of the complainant ‘slapping’ the manager.

They have also posted videos of several saree-clad women arriving in the hotel at Ansal Plaza. The video which has gone viral is misleading as it only shows 10 seconds of what unfolded in an hour, the official handle of the restaurant said.

On why the staff said saree was not allowed, the authorities said one of the gate managers said this to tackle the situation. “To tackle the situation and request the guest to leave, one of our gate managers made a statement on sarees not being a part of our smart casual dress code and our whole team apologies for the same,” the post said, clarifying that there is no dress code.

The incident took place on September 19 and the woman, Anita Choudhary, posted a 10 seconds video on her social media platform, the following day. Choudhary, according to her Facebook profile, is a creative director at Doordarshan National.

Saree is not allowed in Aquila restaurant as Indian Saree is now not an smart outfit.What is the concrete definition of Smart outfit plz tell me @AmitShah @HardeepSPuri @CPDelhi @NCWIndia
Please define smart outfit so I will stop wearing saree @PMishra_Journo #lovesaree pic.twitter.com/c9nsXNJOAO

Since this incident, #saree and #sareelove began trending on Twitter with many tweeting in her support.

185 Centres For Plus II Offline Exams In Odisha