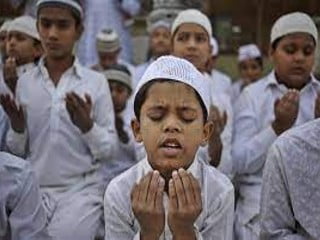 Bengaluru: The headmistress of a government school in Karnataka’s Kolar districtwas suspended over namaaz prayers inside the classroom.

“We had sent a four-member team to the school to conduct an inquiry and found that the headmistress made a mistake by giving students permission to conduct namaaz in the school on Friday,” the BEO was quoted as saying by The Indian Express.

“Muslims students are given permission to offer namaaz during the break and usually they come back after that. But there is no permission to conduct prayers on the school campus, hence we suspended the headmistress… There is no provision to offer any kind of religious prayers in government schools…. Hence this action has been taken,” added the BEO, justifying the decision.

The headmistress earlier denied giving permission to offer namaaz in the classroom, saying that the students themselves did so in her absence.