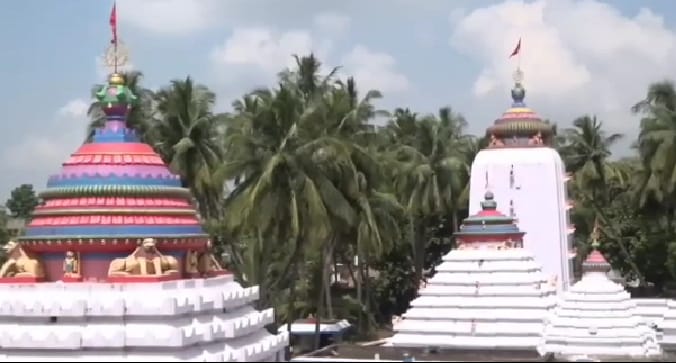 Jajpur: The district administration has decided to clamp Section 144 during evening hours for the smooth conduct of Maa Biraja Rath Yatra in Odisha’s Jajpur. The Rath Yatra, to be held from October 6 to 13, will be celebrated without devotees and in strict observance of COVID-19 guidelines.

Informing this on Monday district Collector Chakravarti Singh Rathore told mediapersons that chariots to be pulled by servitors and police personnel and no devotees will be allowed.

To check crowding, a decision has been taken to impose Section 144 from 2 pm of October 6 till 5 am the next morning. The curfew orders will be effective from 2 pm every day till  October 14 morning, said the Collector and added that people can visit the temple after 5 am till around 2 pm.

Welcoming the decision of the district administration, senior sevayat Debi Pani said that the devotees need not spend more time in the temple as they will be allowed the darshan of the Goddess from 6 am to 2 pm.

He also said that although the prohibitory order will remain in force from 2 pm to 5 am the rituals of the Goddess will be performed as usual.

Referring to the restrictions for the sevayats, Pani said that sevayats will not be allowed to board the chariot after the rituals of the Goddess are performed on the chariots.

“The administration has told the sevayats that they will be allowed to pull the chariots. But we will take the help of the police in case the number of the sevayats will be less,” he pointed out.