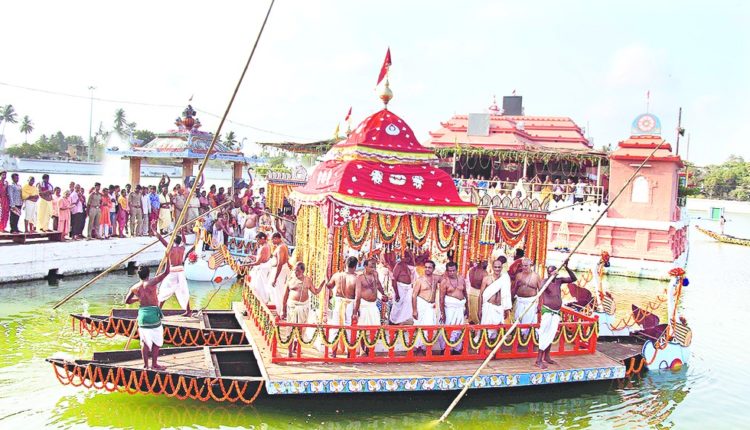 Puri: The annual Chandan Yatra of Lord Jagannath will be held at Narendra Puskarini in Puri amidst tight security arrangements  and imposition of Section 144.

Puri Collector Samarth Verma announced this after the Chhattisa Nijog meeting on Tuesday.

Informing about the curfew imposition, Verma said it will be effective from the Jagannath temple to the holy tank.

As decided earlier, there will be no participation of devotees. Adequate number of police personnel will be deployed along the stretch to ensure tight security.

In another major decision at the Nijog meeting, only 50 to 70 servitors who have tested negative for COVID-19 will be allowed to participate in the rituals. The servitors will first have to undergo RT-PCR tests 72 hours prior to the festival.

Section 144 will also be in force at the Ratha Khala area too.

The decision to live telecast also Chandan Yatra was also finalised with an aim to devotees seek blessings of the Trinity.

A few media personnel will be allowed during the festival, informed Puri Collector Samarth Verma.

All Odisha Panchayats To Get Fibre Internet By Year-End