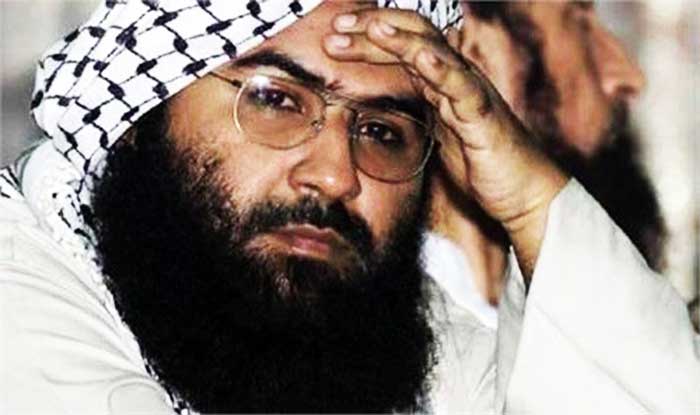 New York: In a big setback for India, China has blocked a proposal at the United Nation to designate JeM founder Masood Azhar as a global terrorist.

China went against the collective voice of the other members of the UN security council including the United States to designate Azhar as a global terrorist. This is the fifth time that China has backed the terror outfit that is responsible for several terror attacks in India, including the Pulwama attack that claimed the lives of 42 jawans.

“We are disappointed by this outcome. This has prevented action by the international community to designate the leader of Jaish-e-Mohammed (JeM), a proscribed and active terrorist organization which has claimed responsibility for the terrorist attack in Jammu and Kashmir on February 14, 2019,” the Ministry of External Affairs said, in a statement.

With Azhar once again getting away from being proclaimed as a global terrorist, India has to rework on its strategy to bring him to book. According to strategic experts, India reserves all the right to act against him in a manner that achieves its mission.

“We will continue to pursue all available avenues to ensure that terrorist leaders who are involved in heinous attacks on our citizens are brought to justice,” the Ministry of External AffaIRS sTATEMENT ADDED.

The proposal to designate Azhar under the 1267 Al Qaeda Sanctions Committee of the UN security council was moved by France, the UK, and the US following the Pulwama attack.

Hours before the UN Security Council took up a resolution on listing Azhar as a global terrorist, China had hinted that it may once again block the move, saying only “the solution that is acceptable to all sides” is conducive to resolving the issue, reported PTI.

If China had supported the resolution, Azhar’s assets would have been frozen, travel ban imposed besides arms embargo. Assets freeze by the UN requires that all states freeze without delay the funds and other financial assets or economic resources of designated individuals and entities.

On the eve of the crucial decision by the UNSC, the Trump administration had made it clear that there is enough evidence against Azhar to designate him as a global terrorist.

“Azhar is the founder and the leader of the JeM, and he meets the criteria for designation by the United Nations,” State Department Deputy Spokesperson Robert Palladino told reporters at a daily news conference.

Pakistan Claims It Has Evidence Of India Sponsoring…