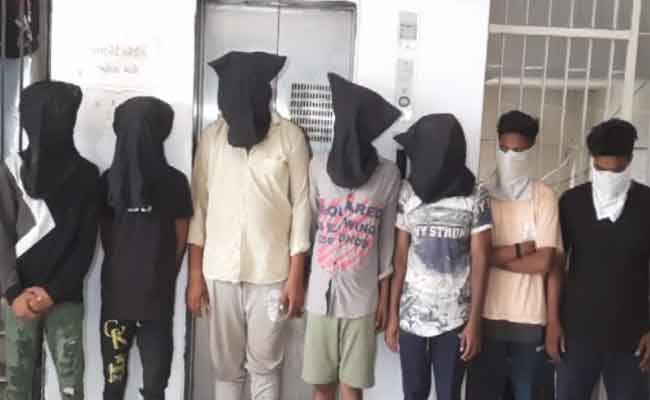 Berhampur: Eight looters including seven from Odisha were arrested on Thursday for allegedly looting cash and mobile phones from a trader in Surat, Gujarat.

According to police, the loot took place when Harish Gondalia, a local trader of Amroli area, was returning home from his shop on Wednesday night. He was carrying Rs 7.5 lakh in cash and three mobile phones with him.

Suddenly, eight bike-borne youths accosted Gondalia near a level crossing and threatened him with sharp weapons. They snatched the cash and mobile phones from him before fleeing from the spot.

The trader lodged a police complaint and the Crime Branch began a manhunt. It identified the looters from scanning CCTV footage of the crime spot.

The Crime Branch then started tracking their mobile phones and found they were travelling on Surat-Puri Express. The investigators informed Railway Police Force, who caught them at Raipur railway station.

Interrogation of the accused is underway, police said.

67 Patients Succumb To COVID In Odisha, 13 From Bhubaneswar