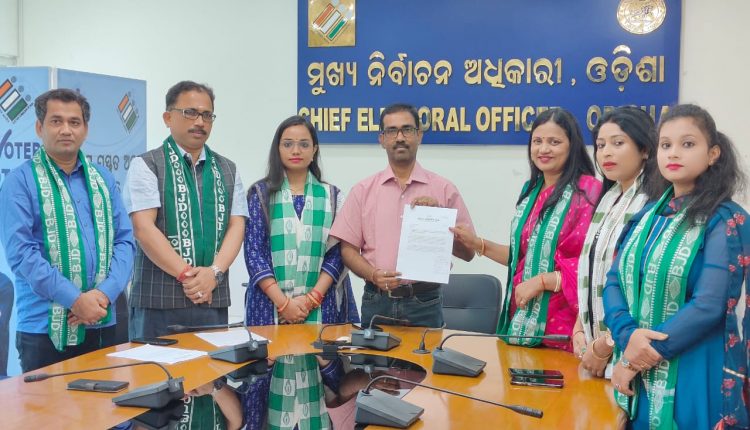 Bhubaneswar: The BJD on Sunday sought a ban on BJP MLA Jayanarayan Mishra from campaigning in the ensuing Padampur by-poll over his misogynist remarks against women during a rally there the previous day.

In a memorandum to the Chief Electoral Officer (ECO), Odisha, the ruling party submitted evidence of what it called ‘extremely derogatory and misogynist remarks against women’ while campaigning at Padampur in a pen drive.

“He is well known for making such derogatory remarks. Apart from this, he is also known for his criminal background. He was arrested, jailed and is now out on bail in a murder case during the Bijepur by-poll, apart from his many criminal acts of public show of arms,” the party said.

Stating that this could lead to a plethora of such insulting remarks, the BJD demanded a ban on his campaigning in Padampur.

Earlier, the BJP had urged the CEO to put a ban on the entry of Higher Education Minister Rohit Pujari into the Padampur Assembly constituency for alleged violation of the model code of conduct by attending a meeting of teachers of government schools and colleges.

The BJD had also sought the arrest of some BJP workers over violence in the constituency. Apprehending that BJD MLA Susant Singh might come under attack in bypoll-bound Padampur, with two BJP leaders, who had earlier allegedly assaulted his brother, camping in the segment, the ruling party had also urged the chief electoral officer (CEO) to enhance his security.