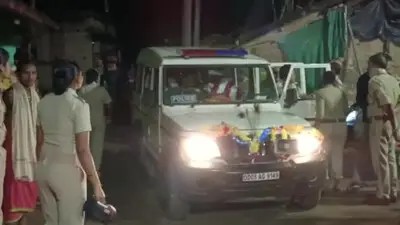 Gajapati : In a shocking incident, an eight-year-old boy died under mysterious conditions allegedly after having a lollipop candy at Dimbirikholi village in Odisha’s Gajapati district, reports said on Sunday.

The incident happened at the village located under the jurisdiction of Mohana police station on Saturday after the boy, Baikuntha Sabar, consumed the candy offered by a man who also runs a shop in the village.

Hours after eating the lollipop the boy fell ill and his health condition deteriorated rapidly. Finally he died after some time, his family members alleged.

The boy’s mother Pramila Sabar said, ” We doubt something fishy with the shop owner’s intention as he invited my son to his house to offer lollipop when he could have given it in his shop. My son was in sound health throughout the day, but his condition deteriorated after eating the lollipop.”

As the lollipop did not get stuck in his throat, the suspected reasons for his death could be some harmful effect of the candy, family members alleged.

The response of the shop-keeper could not be obtained.

Inspector In-Charge of Mohana Police Station, Prashant Nishika has said the body has been sent to Berhampur for autopsy and the cause of death could be known after getting the report. “We have not taken anyone into custody so far. We are waiting for the autopsy report,” he added.