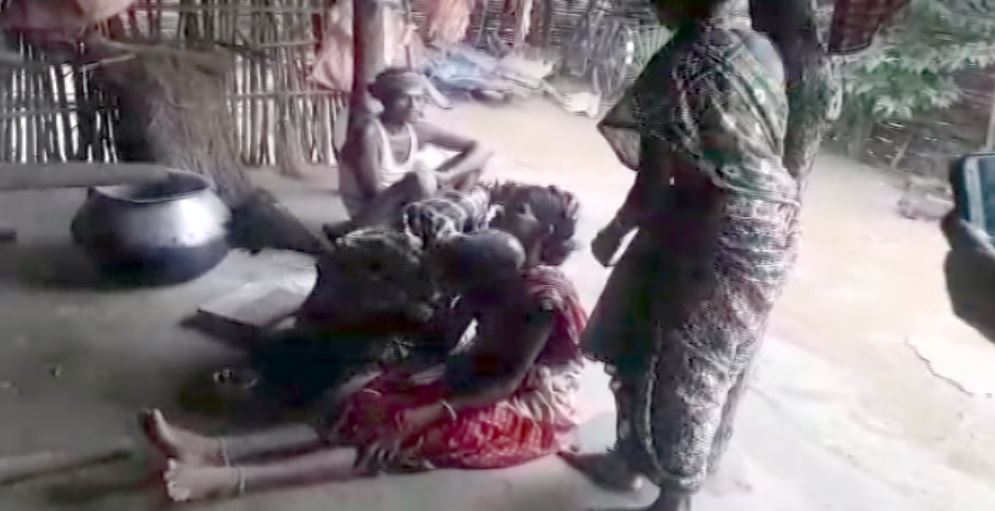 Malkangiri: In spite of several awareness campaigns in the state, superstition continues to prevail in rural areas in Odisha.

In a shocking incident, which was reported from Urmaguda village of Kalimela block of Malkangiri district, a sorcerer bit a woman to cure her illness.

According to sources,  Dule Beti (38) of Urmaguda village in Telarai panchayat was suffering from fever since the last three days. Instead of going to a  doctor for the treatment, she sought the help of a sorcerer.

The sorcerer, identified as Kosa Beti, chanted some mantras and bit the woman multiple times to extract what he called the elements causing the sickness.

Interestingly, Kosa said that he had cured several victims of dog and snake bites using the same method.

Meanwhile, Anganwadi workers informed that superstition still prevailed in the village and many people have died without seeking proper medical treatment.