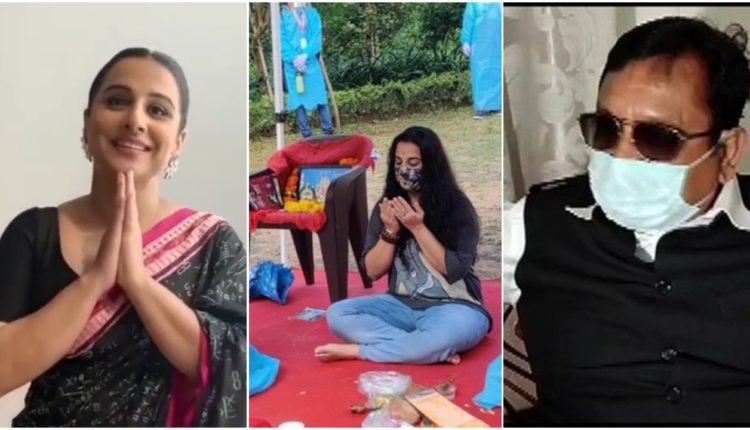 Indore: The shooting of Vidya Balan’s movie ‘Sherni’ in a forest area in Madhya Pardesh was allegedly stopped after the actress turned down the dinner invitation of forest minister Vijay Shah, the Times Now reported.

According to the report, District Forest Officer (DFO) of Balaghat stopped the vehicles of the production team from entering the forest. The reason: Only two vehicles are allowed into the area.

Refuting the allegations, the minister said that he was the one who had refused the request for ‘lunch’ and ‘dinner’.

He told ANI that he was at Balaghat on the request on those who took permission for the shoot. “They requested me for lunch or dinner. I told them that it was not possible now and I would meet them when I go to Maharashtra. Lunch or dinner was cancelled, the shoot wasn’t,” he added.

The shooting for the movie was resumed in October this year after being halted in mid-March following the COVID-induced lockdown.

Directed by Amit Masurkar, it explores the man-animal conflict. Vidya is playing the role of a forest officer in the movie.

Teenager Claims To Be Maradona’s Lovechild, Wants Body To Be Dug Up For DNA Test