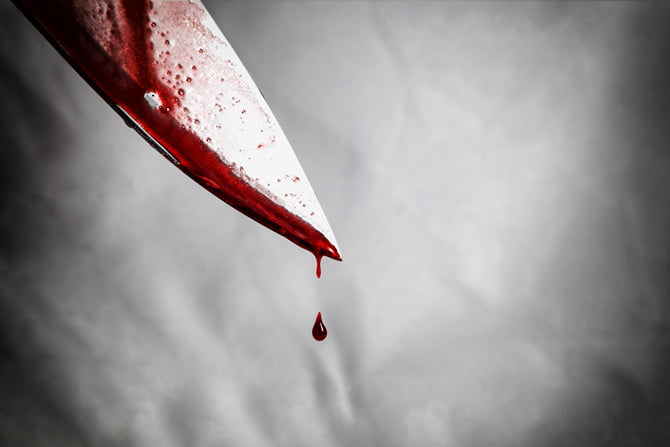 Udaipur: Protests erupted across Udaipur after a shopkeeper was brutally murdered for supporting Nupur Sharma’s objectionable comments on Prophet Muhammad.

A video emerged on social media on Tuesday showing two men entering a tailor’s shop and attacking him with knives.

In another video posted by the two accused, the duo is seen brandishing the alleged murder weapon, admits to the murder and threatens PM Narendra Modi.

According to India Today, the shopkeeper’s son made a post in social media in support of now-suspended BJP spokesperson Nupur, who has been in the eye of a storm for her comments on the Prophet during a TV programme on Gyanvapi mosque row.

Police said they have identified the murderers and he search is on to nab them.

“A heinous murder has been committed and a thorough investigation will be conducted into the incident. Few accused have been identified. Police teams have been constituted to locate the accused. We will take action on the video of men claiming to have committed the act,” said Udaipur SP Manoj Chaudhary, who reached the spot along with District Collector Tarachand Meena.

As Hindu organizations shut down markets and demonstrators took to the streets, Rajasthan CM Ashok Gehlot appealed for calm.

“I condemn the heinous murder of youth in Udaipur. Strict action will be taken against all the criminals involved in this incident and the police will go to the bottom of the crime. I appeal to all parties to maintain peace,” Gehlot tweeted.

Internet services have been suspended in the area for 24 hours.