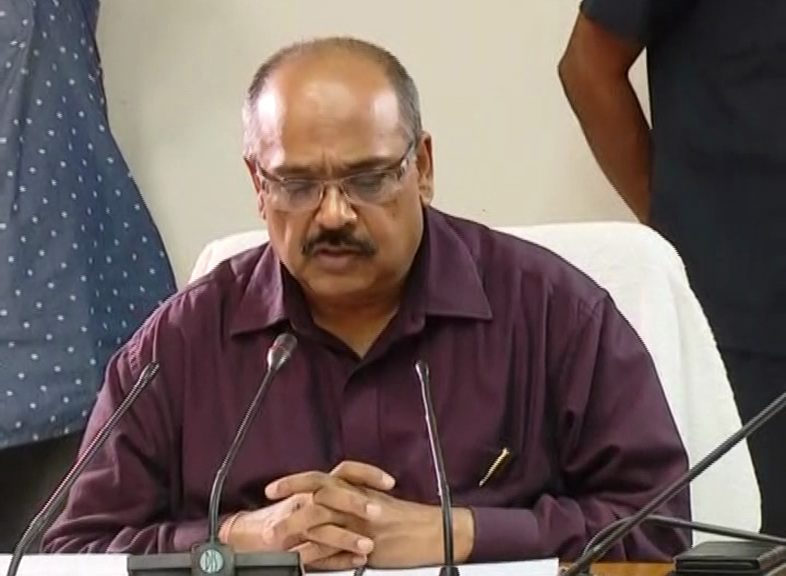 Bhubaneswar: With the Election Commission of India (ECI) announcing the schedule for the Assembly and Lok Sabha elections, Chief Electoral Officer (CEO) of Odisha, Surendra Kumar on Tuesday briefed the political parties about the new rules and provisions of filing the nominations, which will be mandatory.

Presiding over the all-party meeting at his office here, Kumar said in the previous elections, candidates were supposed to submit the document pertaining to their Income Tax (IT) return for one year. However, according to the new rule, they will have to show the documents of their IT returns for the last five years along with an affidavit. Apart from this, they will have to mention their permanent account number (PAN). In case a candidate does not have a PAN number, he/she has to submit the Xerox copy of the original receipt as proof that he/she has applied for it.

“Another new rule formulated by the ECI for the ensuing elections is the criminal antecedents of the candidate. Under the new rule, if any candidate has a criminal background, he/she will have to publish his/her criminal records in newspapers, electronic media and on television channels at least thrice from the date of filing the nomination up to the last date of the poll campaign,” he pointed out.

Referring to the exercise of franchise, Kumar said a person can cast his/her vote by showing any one of documents like Aadhar card, MGNREGA job card, voter I-card, bank/post office passbooks with a photo affixed, driving license, service identity card provided by the state government and the Centre, PAN card, passport, pension document, smart card availed from the Registrar General, India (RGI) under the National Population Register (NPR), health insurance smart card provided by the Labour and Employment Ministry, identity card issued by the MP, MLA and MLC (Member of the Legislative Council)  or the voter slip with a photo.

The CEO also underscored the use of cVIGIL app launched by the ECI for the first time to create a fast-track complaint reception and redressal system. It is an innovative mobile application for the citizens to report the Model Code of Conduct and Expenditure violations during the elections.

“This user-friendly and easy to operate android application can be used for reporting violations from the date of notifications for bye-election/ assembly/ parliamentary elections. The uniqueness of the app is that it only allows live photo/ video with auto location capture from within the app to ensure digital evidence for flying squads to act upon in a time-bound manner,” he pointed out.

He also said that by using this app, citizens can immediately report incidents of political misconduct within minutes of having witnessed them and without having to rush to the office of the Returning Officer. This app connects vigilant citizens with the district control room, Returning Officer and field unit (flying squads) /static surveillance teams, thereby, creating a rapid and accurate reporting, action and monitoring system.