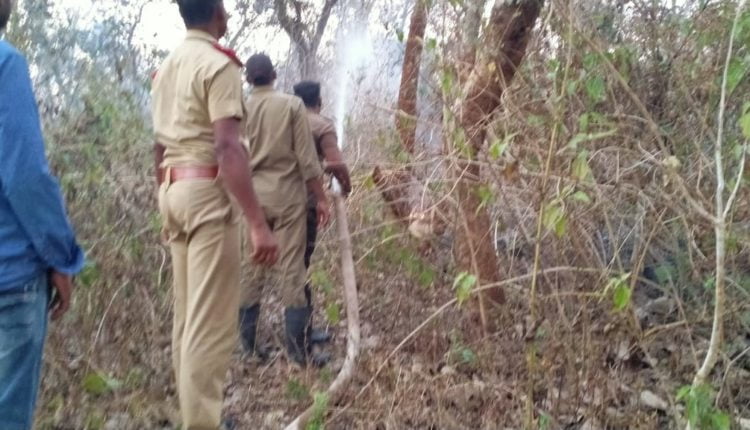 Baripada: Bhanja Sena, a local outfit, has called 12-hour Mayurbhanj bandh on March 10 in protest against inaction of Forest officials in controlling the forest fire in Similipal National Park.

The founder of the Sena, Kalinga Keshari Jena said the bandh that will be observed from dawn to dusk on Wednesday has been called for the failure of the state government in controlling the forest fire which has put the wildlife and precious trees under threat.

He demanded that the government must take urgent measures to extinguish the fire completely and suspend the forest officials who are in charge of Similipal biosphere.

Did You Know Pollen Concentration And COVID-19 Are Connected? Here’s How?

Forest Fire In Odisha Brought Down By 52% In 2 Days: PCCF