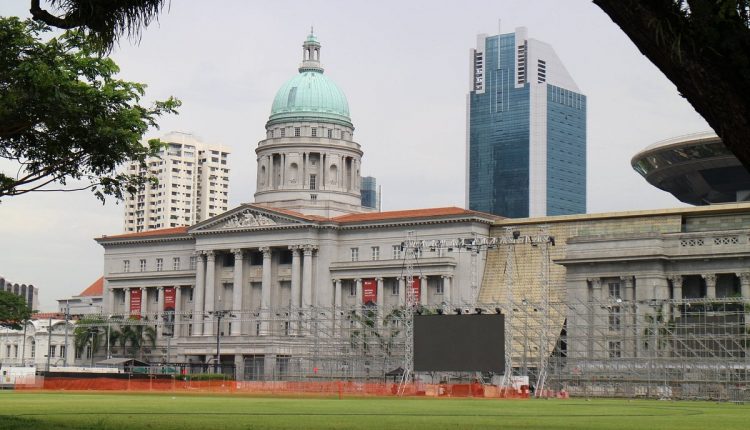 New Delhi: Singapore’s iconic green site Padang, from where Netaji Subhas Chandra Bose gave the slogan of ‘Delhi Chalo’ in July 1943, will be declared a National Monument of Singapore on the city state’s National Day on Tuesday (today).

The iconic site will be the first green, open space to join a list of 74 other national monuments in Singapore.

The monument will be preserved and accorded the highest level of protection in Singapore under the Preservation of Monuments Act in view of its “strong national, historical and social significance”, said the National Heritage Board (NHB) on Monday, news agency PTI reported.

“The Padang stands as a testament to Singapore’s historical journey, anchoring our Singaporean identity and reflecting our place in the world,” Edwin Tong, Minister for Culture, Community and Youth, who attended a preview of some of the commemorative initiatives on Monday was quoted as saying.

The historic site is associated with key milestones in Singapore’s history, including the victory parade celebrating the formal surrender of the Japanese in Singapore on September 12, 1945; the victory rally of the first fully elected Legislative Assembly on June 3, 1959; the installation of Yusof Ishak as the first Malayan-born Yang di-Pertuan Negara (head of state) and the unveiling of National Symbols on December 3, 1959, as well as the inaugural National Day Parade on August 9, 1966.

The Padang is also one of Singapore’s oldest spaces for public recreation and celebrations and has been hosting sporting events since the early colonial period.

“This was also the place where Netaji delivered several speeches to the tens of thousands of INA soldiers and the local Indian population. It was here that he gave the Delhi Chalo slogan, set up the Rani of Jhansi regiment, and called for the total mobilisation of Indian resources to free India from British rule. Just before the war ended, Bose established the INA memorial at the southern edge of the Padang. Today, a historical marker for the INA remains at the site,” he said on Monday.

The Singapore Cricket Club (SCC), established during colonial times, and Singapore Recreation Club (SRC) sit on either end of the Padang and are key community stakeholders involved in the maintenance and use of the site.

The site of two football fields, which are converted into two cricket grounds and hockey pitches, hosts major sporting events such as the Singapore Cricket Club International Rugby Sevens and serves as the starting and end-point of the Singapore Marathon among other events.

The Padang, as an open area, appeared in the Jackson Plan, drawn up from Raffles’ instructions between 1822 and 1823 as an ‘Open Square’. Now located in the Central Business District, the large field subsequently was referred to as the Plain, the Esplanade and finally the Padang, around 1907.

27 Yrs After Retirement, Man Arrested For Getting Job In CRPF With ‘Fake’ Certificate In Odisha’s Jagatsinghpur