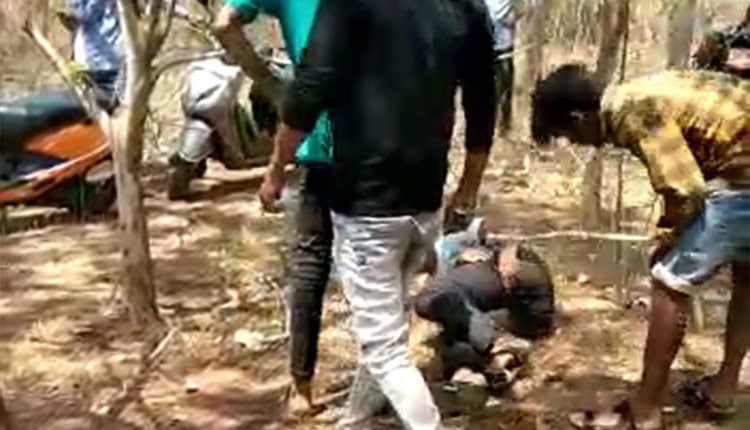 Balangir: A week after the video of a student of Rajendra Autonomous College here being severely thrashed by some senior and non-students inside the hostel campus went viral, police on Saturday arrested three accused and sent three minors to the juvenile home.

According to sources, there was an altercation between some Plus III and Plus II students on April 1. Following this, a group of 10 youths, including some seniors and non-students went to the college and called out a Plus II student. Later, they took him to a vacant place on the hostel campus and severely thrashed him with sticks despite his fervent request to leave him.

As soon as the video of this gruesome incident went viral, the parents of the victim lodged a complaint with the Town Police.

Police, on the basis of the video footage, called six students to the police station on Friday and later arrested them.

Three students, who were minor, were sent to the Juvenile Justice Board in Balangir, which later sent them to the juvenile home in Rourkela.

Police later produced the three arrested students in the SDJM court, which rejected their bail plea and remanded them to jail.

As informed by the Town Police, efforts are on to nab four absconding students including a non-student involved in this incident.

Beware! Policemen In Plain Clothes On Hunt For Mask-Norm Violators In Bhubaneswar